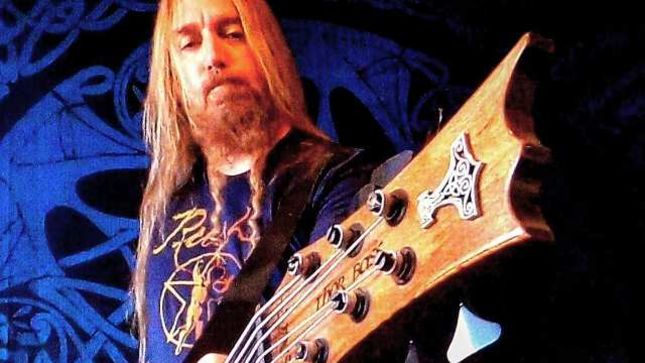 Steve comments: "This playthrough is the 'bass only' version from the Death To All video up on Gene's channel here. I'm playing the bass line I recorded on the preproduction version that you can hear on the Symbolic reissue that has the bonus tracks. In 1994, I went to Florida with a dislocated finger to work with Chuck and Gene on the new songs that would become the Symbolic album. I didn't make the final studio session because of the timing of the birth of my daughter. But as things would happen...I returned again, and again.

Thanks for watching. More to come..."