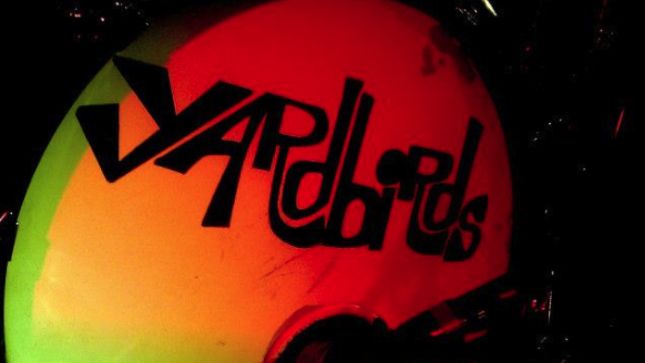 Which British band once included three of the greatest guitarists of all time? That would be The Yardbirds. Eric Clapton, Jeff Beck and Jimmy Page all served time in the group, with Beck and Page as members at the same time for a little while.

The Yardbirds are back with a new lineup, ready to rock. Founding member and drummer Jim McCarty is the keeper of the flame, and he has a real surprise for you. He’s brought back The Yardbirds’ first guitarist, Top Topham! He was in the band before Clapton and had to leave because his parents didn’t approve of his career choice. Top was an art student and had to continue with his studies. Enter another art student from the same secondary school, Eric Clapton, and you know what happened from there. But, Top is now happy to leave his paintbrush home and play the blues.

Jim McCarty is a textbook on rock history unto himself. The Rock & Roll Hall of Fame member co-founded The Yardbirds in London in 1963 with singer Keith Relf, rhythm guitarist Chris Dreja, bassist Paul Samwell-Smith and lead guitarist Top Topham. They first called themselves the Metropolitan Blues Quartet and then the Blue-Sounds before settling on The Yardbirds as a tribute to jazz sax legend Charlie Parker, and the hobos who hung around the London train yards waiting to hop a freight. Top left and was replaced by Eric Clapton. The band’s first album Five Live Yardbirds was recorded at London’s Marquee Club and really captured the group’s manic live sound. After a few pop singles, Clapton split and Jeff Beck came aboard. Then Jimmy Page joined up, first as a bass player, then took over lead guitar when Jeff left to start a solo career. When the entire rest of the group quit in 1968, Page went on to form Led Zeppelin.

When The Yardbirds first came to America, they were shocked that the kids had never heard of the American blues and R&B; artists that were worshipped in the UK. But, thanks to The Yardbirds’ versions of Bo Diddley’s “I’m A Man,” Howlin' Wolf’s “Smokestack Lightning” and Chuck Berry’s “Too Much Monkey Business,” those original artists finally got airplay on white radio in the US.

To celebrate the 25th anniversary of The Yardbirds in 1985, Jim hooked up with Chris Dreja and Paul Samwell-Smith for a pair of shows at London’s Marquee Club where the band recorded its debut album. They had such a good time that they put together a new band, Box Of Frogs and recorded two albums under the name with some help from Jimmy Page and Jeff Beck.

And, here we are today with Jim and The Yardbirds back again. This lineup is very exciting, especially with Top Topham back in the group after playing a few gigs last year with a different edition of the band. The Yardbirds are hitting the road. More dates to be announced shortly.