TOBY JEPSON To Reissue Debut Album; "I Won't Be With You" Lyric Video Streaming 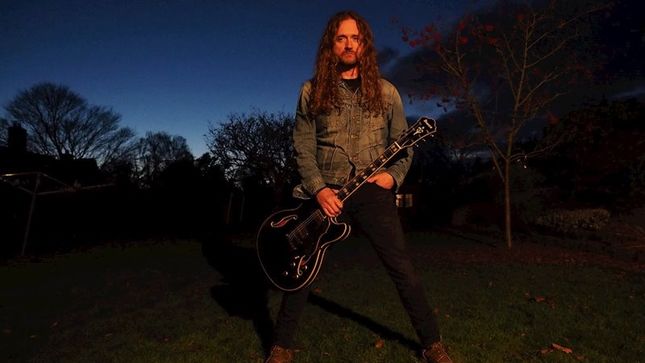 Toby Jepson has released a lyric video for the lead single, "I Won't Be With You", ahead of the reissue of his debut album, Toby And The Whole Truth - Ignorance Is Bliss (25th anniversary remastered). Watch the clip below.

The song is a reflection of Toby's mindset during a turbulent period after the split of his former band Little Angels following 1993’s #1 album Jam and a final sold out show at the prestigious Royal Albert Hall in 1994. “I’m not going to lie”, Jepson says, it was a tough time immediately after LA split up. I channelled my anger, confusion and sadness into writing and recording what I now realise is my darkest work to date. ‘I Won’t Be With You’ is perhaps the clearest example of this. I winced a little when I heard it again for the first time in a few years, it put me right back in that period, but it made me realise how far I’d come and as piece of history it’s about as raw and honest as I’ve ever been.”

Back in 1995 Toby engineered the entire 'Ignorance Is Bliss' album himself despite never doing so before - yet, out need came invention. Friend and colleague, Bryan Adams, gave Toby the use of his Canadian home studio - the 'warehouse' situated in his private residence in West Vancouver B - for free, to mix the album which was completed in two weeks by British super producer and mix engineer Stephen Harris assisted by Mike Plotnikoff.

Fast forward to May 2020 and in the midst of the world's biggest modern day pandemic, this little known gem is set to emerge again, on Toby's own record label Jepsongs Recordings, with a fresh coat of paint, including two previously unreleased bonus tracks as well as a full restoration remaster by Simon Francis.

Released in a 'song book' format containing 36 pages of production notes, hand drawn illustrations (by Toby' s youngest daughter Evelyn), lyrics, song explanations and a forward introduction by writer, journalist, long-time friend and conﬁdent David Gailbraith (Kerrang! Magazine) this release is set to re-establish this long-lost opus as a curious bookend to the career of one of rock’s most enduring, yet largely underground artists.

Toby And The Whole Truth - Ignorance Is Bliss (25th Anniversary remastered) is out on July 17. Pre-order here. 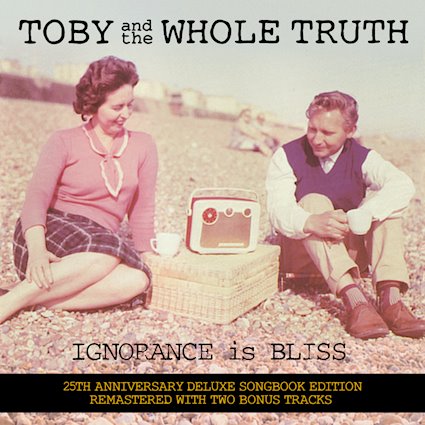 Since announcing the release of the special edition of Ignorance Is Bliss, Toby has launched a new podcast. Taking its title from the debut solo record, the Toby And The Whole Truth podcast series seeks to uncover the reality of what it means to live and work as a successful person in the real entertainment business.

Listen to the podcast here.