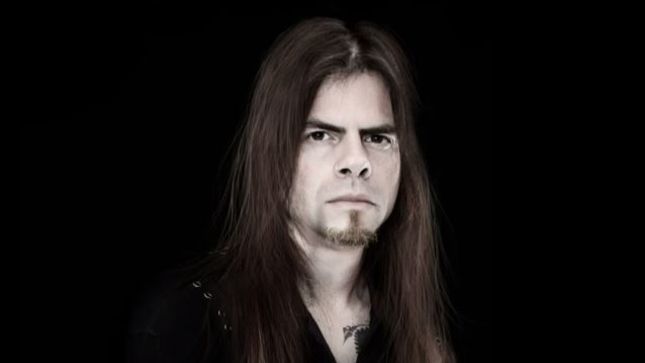 Queensrÿche frontman Todd La Torre has checked in with the following update:

"Clearing out closet! I have some stagewear/memorabilia items that will be going up for sale. Each item will also include a hand-written thank you card and an 8 x 10 photo of the item worn onstage. Both photo and garment can be signed.

Items currently being auctioned via ebay include:

* The Who "Peace" t-shirt worn at first Rising West performances and many Queensrÿche tours.

* Upcycled jeans jacket with triryche back piece and red iron cross on sleeve.

Speaking about the story behind the track as well as the new video, La Torre comments: “’Bulletproof’ is a journey through a relationship gone bad, however painful the relationship is you still find a way to persevere. We elected to present the song in a live setting as a sharp contrast to the videos we've done for the Condition Human album to help bring this chapter to a close and start the next journey."

Speaking about the influence and subject matter for the video, La Torre stated: “’Hellfire' is a depiction primarily based on the tragic events surrounding the Malaysian airline flight MH17. Despite the storyline's foundation, the lyrical and visual narrative transcends into other pertinent, global subject matters. Civil unrest, guerrilla warfare, media propaganda, and social inequalities are just some examples of the multifaceted issues marbled throughout “Hellfire”. A poignant illustration of an unfortunate yet timeless reality."