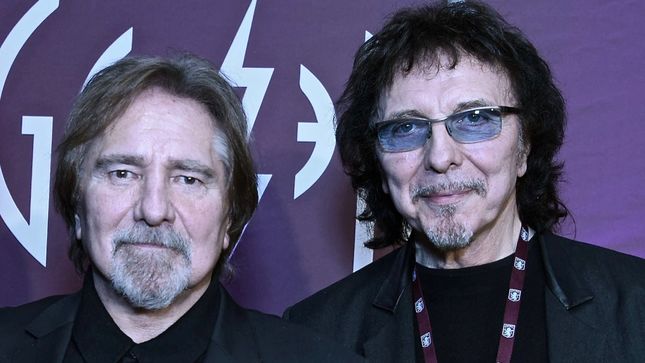 Guitarist Tony Iommi and bassist Geezer Butler were on hand today (June 26) for the unveiling of the Black Sabbath Bridge, the new landmark in Birmingham, England, located at the road bridge which crosses the canal on Broad Street.

Westside Business Improvement District (BID) worked closely with the Canal & River Trust charity and Birmingham City Council to have the bridge renamed as ‘Black Sabbath Bridge’. As well as the new bridge name, a uniquely designed ‘heavy metal bench’ incorporating images of the band’s original four members has been permanently based on the bridge, and this is expected to become a major new tourist attraction for the city.

A gallery of photos from today's event can be found at BirminghamLive.