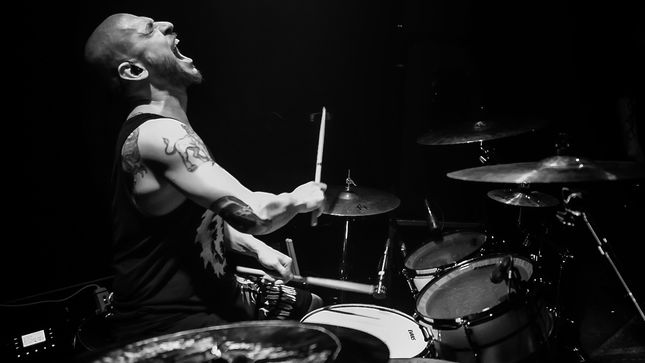 "We're very happy to announce that Federico Leone is now a member of Ultra-Violence," says vocalist/guitarist Loris Castiglia. "You probably already know him for his role in his other band The Modern Age Slavery, or because he's been grinding in the metal scene for years and he toured with several bands all over Europe. He is a phenomenal drummer, a very focused and determined person and a friend. We're thrilled to have him on board!"

Watch Federico play the Ultra-Violence song "Stigmatized Reality" in the video below.

Here's a few words from Federico about joining the band: "I got to know Ultra-Violence in the summer of 2018 when Loris Castiglia called me in order to ask me to substitute Francesco "Frullo" La Rosa for a gig in France. I immediately fell in love with their music and I learnt the whole setlist in the blink of an eye. The gig went very good, we all had fun together and in September of the same year I did another concert as a session drummer. Since then, I always followed their growth in the underground music and I always thought they deserved it all and even more. From today on, I can say I am part of this project and I couldn’t be happier to give my contribution to this great band! Taking Frullo’s seat won’t be easy at all as he is a great drummer, and that’s why I’ll surely give 110% both on stage and in the writing process!
I’ll see you in the pit headbanging with us!"