VADER Frontman On Band's Upcoming New Album - "It’s Probably The Most Brutal In The History Of Vader"; Audio 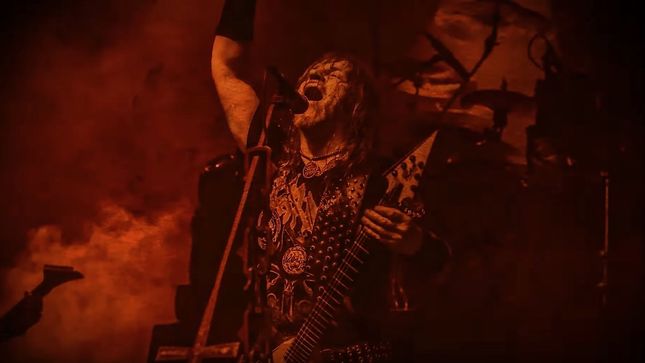 Metal Shock Finland's David Araneda sat down face-to-face with Piotr "Peter" Wiwczarek, frontman of Polish death metal legends Vader, on their Message To The North tour in Helsinki, Finland. During the interview, he talks about his memories from the early years, but also his views on the current Polish extreme metal scene and his dedication to pay tribute to the Metal Gods. Peter also discussed the band's future plans, which include a brand-new studio album scheduled for early 2020. Last but not least, he shared his opinion on the Star Wars franchise.

In regards to the upcoming new album, Wiwczarek reveals: "At first, we wanted to release the album in December this year, but after a pitch with Nuclear Blast, we thought it’s a little bit better for everybody to release it in the beginning of 2020. The album will probably be released late January or beginning of February. I can’t say the title yet because I’m still thinking, I can’t decide about that. I’m still waiting for the main cover art by Wes Benscoter. But the album was recorded, all the songs and the title of the songs are already done, so probably we’re going to make it public. And what can I say, I’m sure the fans will like it. It’s different than the last album The Empire, I think it’s a little more... it’s not the same, because... maybe I shouldn’t say that. Let’s just wait and let the fans decide if they like it or not. It’s going be a very brutal album, it’s probably the most brutal in the whole history of Vader. But that’s Vader, so what can I say?"

Read the full transcription of the interview at Metal Shock Finland, and listen to the audio below: