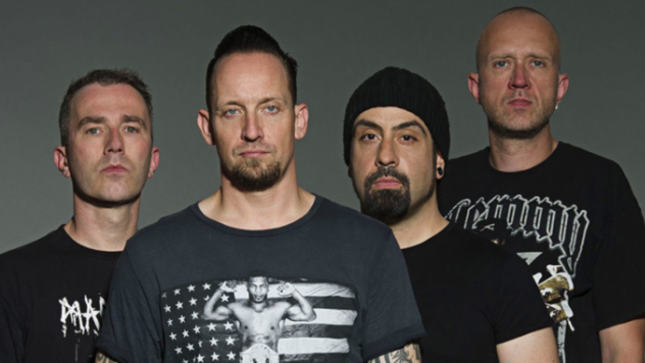 On the Knotfest tour

Larsen: "We were, like, 'Uh, is this going to work?' But our management said, 'Yeah, it's going to totally work. You got two really extreme bands, then you guys come in completely different, then Slipknot will tear everything apart.' We were, like, 'Alright, sure. It might work.' Actually, it did. There's no doubt people were there to see Slipknot, which is fair. That's how it is when you're headlining, but overall, we actually did pretty well. The heat was a completely different matter. It's so hot when we played some of those shows; we were struggling with that.

"Apart from that, it did turn out pretty well. Every night you will see some people in the audience flipping the bird and shaking their heads, like, 'What is this?' That's how it is when you're supporting. I'm pretty sure the bands who are supporting us, there are people as well, shaking their heads and flipping the bird, and that's how it is. I think, overall, it actually went pretty well. I think we gained, hopefully, a bunch of new fans during that tour."

Volbeat's next show is October 29th in Warsaw, Poland. Find the band's complete live itinerary at this location.

Rewind, Replay, Rebound can be ordered in all formats here, including a 2CD deluxe edition, a special deluxe edition box set, and transparent and blue coloured vinyl limited to 1000 copies each.