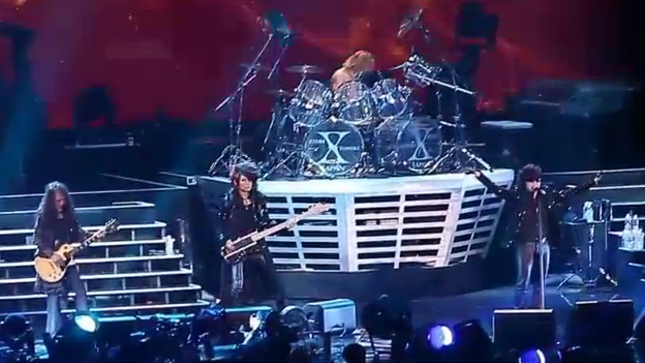 The concert was sponsored by the New York Comic Con, and the band made a couple press conference appearances at the event. Fan-filmed footage is available below:

The conference featured below was originally a Yoshiki/Stan Lee panel about their comic book collaboration, Blood Red Dragon. With Stan Lee unfortunately not able to make it to the New york Comic Con, Yoshiki instead brought out the other X Japan members for a Q&A; after briefly introducing the comic book:

X Japan has had a notoriously tumultuous career, even among the world of rock, which includes the loss of two of its five founding members to tragic death. Amid death and breakups, the band has steadfastly maintained X Japan's vision and this year brought themselves together to perform where their US story started, in New York City.