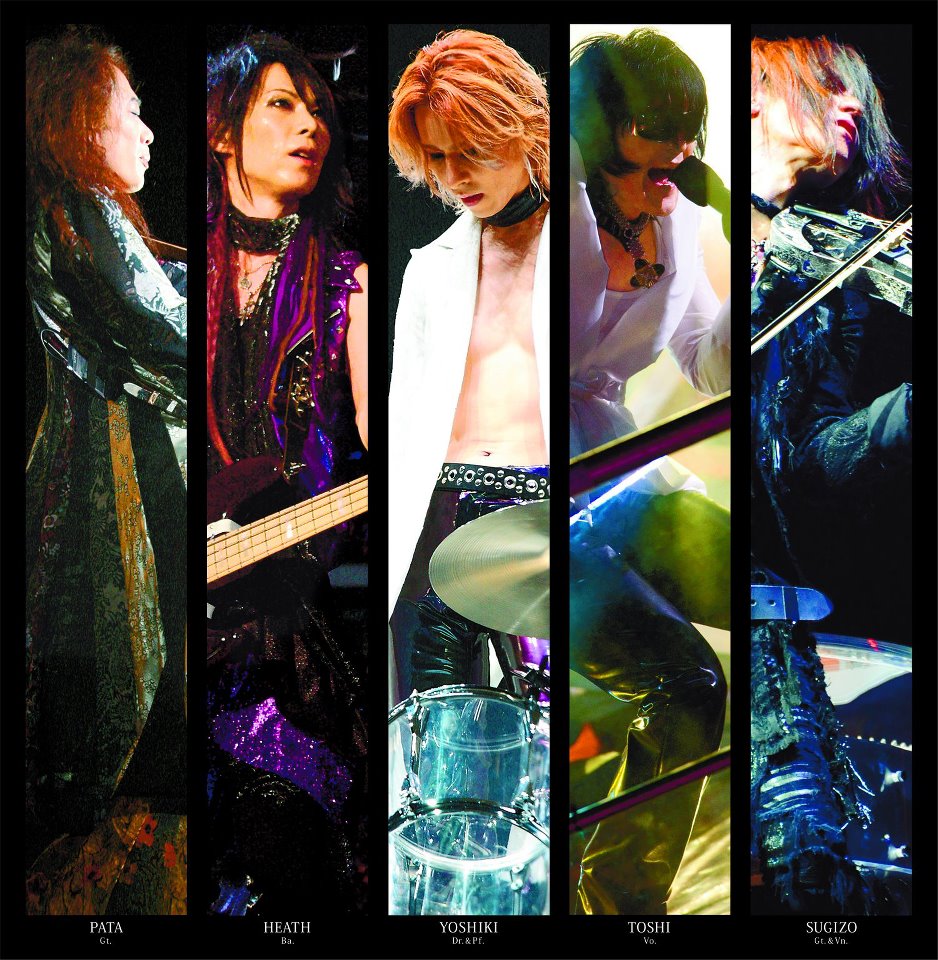 X Japan drummer/founder Yoshiki has checked in with the following update:

As the prelude to ‪#X Japan‬'s ‪‎Madison Square Garden‬ show in October, the band first takes on Yokohama Arena in Japan on September 30th and October 1st this year."

Details are available (in Japanese) at this location.

X Japan will perform on October 11th at Madison Square Garden. The show is sponsored by New York Comic Con.

X Japan will return to New York City for their first concert since 2010, performing both fan favorites and previously unreleased music from the band’s decades of recordings. This Madison Square Garden concert marks a significant milestone for the band who made their US debut with a Rockefeller Center press conference over 20 years ago, which presented the fierce J-Rock stars to an American audience. The band is finally fulfilling the promise they made to the fans to return. The group has since toured 16 countries, sold over 30 million albums and singles combined, and sold out Japan's 55,000 seat Tokyo Dome a record-setting 18 times.

The concert trailer for X Japan Madison Square Garden can be seen below:

X Japan has had a notoriously tumultuous career, even among the world of rock, which includes the loss of two of its five founding members to tragic death. Amid death and breakups, the band has steadfastly maintained X Japan's vision and this year brought themselves together to perform where their US story started, in New York City.

In line with October’s Madison Square Garden concert, Yoshiki and X Japan will appear at New York Comic Con, where Yoshiki will participate in a panel with Marvel Comics founder Stan Lee and discuss the pair’s collaborations, including the comic based on Yoshiki, Blood Red Dragon. New York Super Week is an immersive and inclusive experience that will bring the energy, passion and color of the entire pop culture universe to every corner of all five boroughs of New York City. Featuring concerts, comedy shows, gaming events, lectures, podcasts, storytelling, food tastings, and more – New York Super Week will take place October 3-12, leading into the East Coast’s biggest and most exciting convention – New York Comic Con.