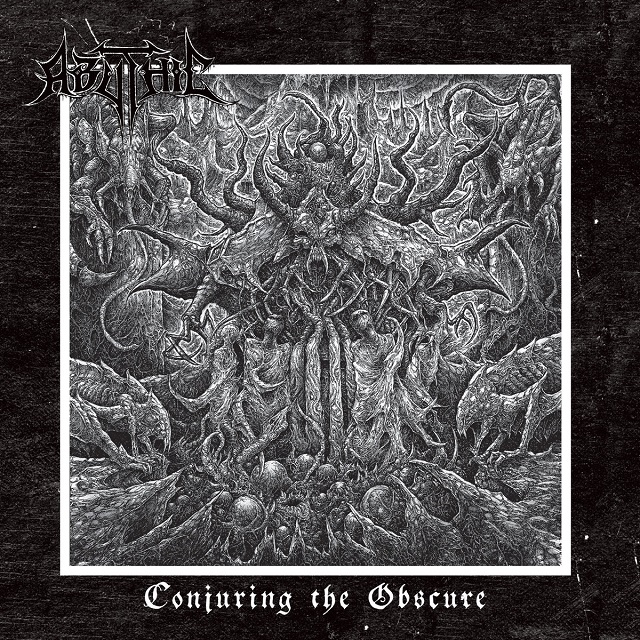 For their second album, German death metal band Abythic are thinking outside the box a bit, borrowing a different lead vocalist for each of the four chapters found here (the album itself consists of eight songs; how those songs equate into chapters is anyone’s guess, but we’ll take the easy math for $200 please, Alex, and say two songs per). And, man, these guys got me right out of the gate with regal opener “Eternal Chaos Will Rise”, the band chugging evil and swampy like classic Asphyx by way of Bolt Thrower, a sound they continue to mine through tracks like the excellent “Shrouded In Perpetual Darkness”, basically an open love letter to Martin van Drunen. But dig the hell out of that riffing, the band just throwing down great riffs, then better ones, then even better ones, this song just building and building until holy crap why aren’t we talking about this band more?

Could be the forgettable name, could be the admittedly distracting guest vocalist situation, but when Abythic is laying down doom-ridden death victory marches like the great, triumphant “Coronation By The Burning Winds” or the excellent, grinding, epic closer “Let The Purge Begin”, all I can do is stare in awe and nod in solemn respect. The band packs a ton of desolate-yet-triumphant atmosphere and ragged-glory doom/death vibe into these 36 minutes, making this an 8.5 well earned, the band definitely worming their way onto my list of DM bands to keep an eye on and, most importantly, to spin when some inspiration to get through the daily battles is needed.