ALL HELL - The Witch's Grail 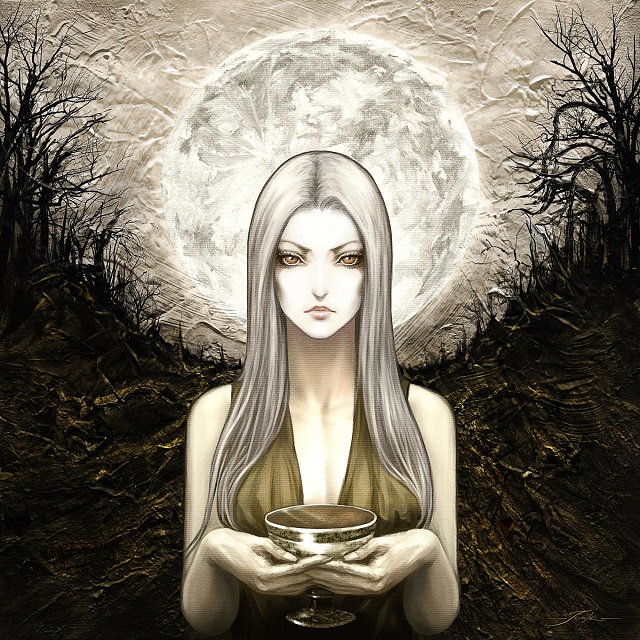 North Carolina trio with a throwback to ‘80s early thrash/death/black mix. Ran into them at the '18 Philly Metal & Beer fest. With no prior exposure to their sound, was impressed with the rudimentary approach, my review describing the live show as, “If the bullet belt and leather vest, minus shirt, didn't give it away, All Hell play an early ‘80s Euro thrash/death sound, ala Sodom. In fact, found myself essentially hearing multiple versions of ‘Outbreak Of Evil’, with new lyrics.” So where are they now?

Well, guitarist Jacob Curwen has adopted a more sinister, phlegm-coated (still discernible) black metal-ish snarl for his vocal delivery and the snare-prominent drumming on “Tonight We Ride” still favorably recalls those ages-ago underground gems from Tom Angelripper. The disc begins with an eerie, acoustic guitar instrumental (“LÖ-Bas (Ràve Noir)”), punctuated by a Tom G. Warrior/Gabriel style death grunt. Well-structured and decidedly traditional, in scope, the mid-section for “Into The Trees” will surprise some. Mid-tempo “Where Devils Once Danced” bounces on an infectious bass heavy rhythm, while punky “Fleurs Du Mal” picks up the intensity. As opposed to its predecessor's subtle intro, “Marble Embrace” is a breakaway train, from the get-go: more vintage Destruction than Sodom (if you know the difference). At 8:42, the bass-driven, disc closing rifferama “The Invisible World” is nearly as long as any three other contributions (the typical construct lasting a hair over three minutes, although the aforementioned “Tonight We Ride” blows by in 2:48!). Old school vibe, well done.