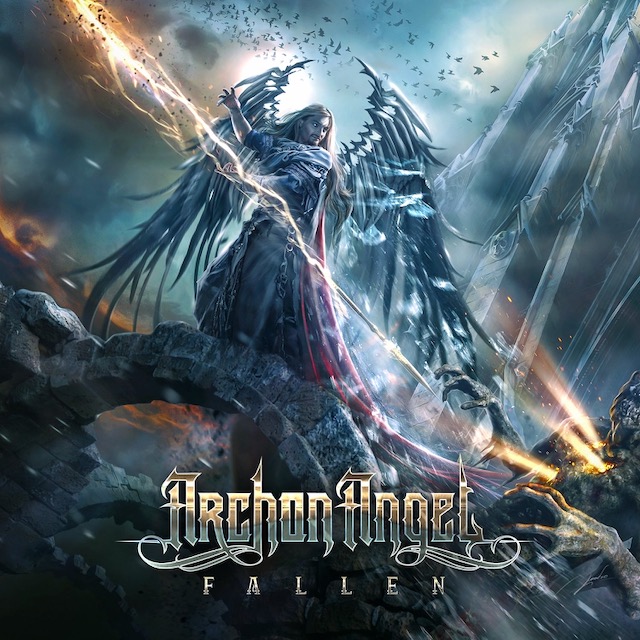 New band from Zak Stevens (Circle II Circle, TSO), and instantly when you hear that piano, his vocals, and guitars it takes you right back to Savatage albums like Edge Of Thorns and Wake Of Magellan. Joined by melodic hard rock and metal players from the Frontiers label like Simone Mularoni (of DGM, Sweet Oblivion), Alessandro Del Vecchio (Edge Of Forever, Jorn, Hardline) , and guitarist Aldo Lonobile (Secret Sphere) as part of the writing team, Stevens is with good company.

“The Serpent” is darker in tone (see also “Twilight”), great romp and punch, still melodic, the keys behind the guitars, drums, and bass for the bridge and chorus is so Savatage, I wish it was saved for their next album. “Rise” has more attack and focus on the guitars, keys taking a backseat. Cascading keyboards opens “Under The Spell” and would fit well on a Circle II Circle album, while the straight forward riff and arrangement in “Faces Of Innocence” separates Stevens from his other bands, more AOR rock. Lots of drum action during “Hit The Wall” and progressive touches. Again you will recall Savatage on “Return Of The Storm” from the piano and layered vocals, but the song transforms to more symphonic and power metal like Nightwish and Blind Guardian. Well done. With all the great music over the years from Zak, Jon Oliva, and Chris Caffery individually, it just shows how great a new Savatage album would be.