ATKINS MAY PROJECT - The Final Cut 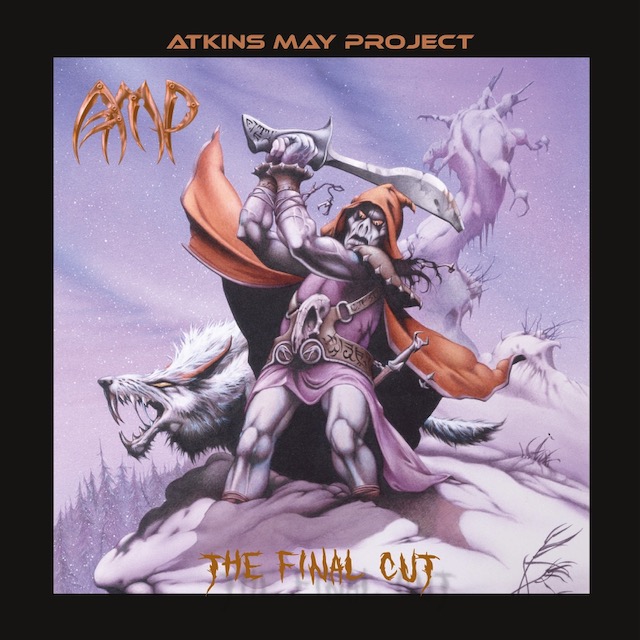 Fourth studio album from original (pre debut Rocka Rolla) Judas Priest singer Al Atkins, with guitarist Paul May, the music carries on those traditions from the New Wave of British Heavy Metal. Now if you are unfamiliar with his voice, Atkins has a unique gruff tone, a meat and potatoes mid-range singer, not of the higher or soaring voice like a Halford, Dickinson, or Dio. He really has a different texture to his voice, reminds of the singer from Cirith Ungol or Cloven Hoof.

Opening title track has some energy, but slower with brief acoustic guitar, “When The Bell Tolls”, it’s a working man’s metal. You can hear this music was made from a man now in his early 70s who has lived, “When the bells tolls and it calls your name, better get down on your knees and pray.” And that’s fine, it works, he’s in his lane. Great riff and thump to “War In Between”. Reflective leads adds attitude to “Buried Alive”, and “Fighting Man” would be a good single where Al’s voice moves about a little more. Good energy driving “Dead Men’s Bones” and leads, bass moves the bottom end of “Stranger In A Strange Land”. Paul May does his thing in the solo to “Masquerade”. The title track opens and closes the album, short and long version by four minutes?