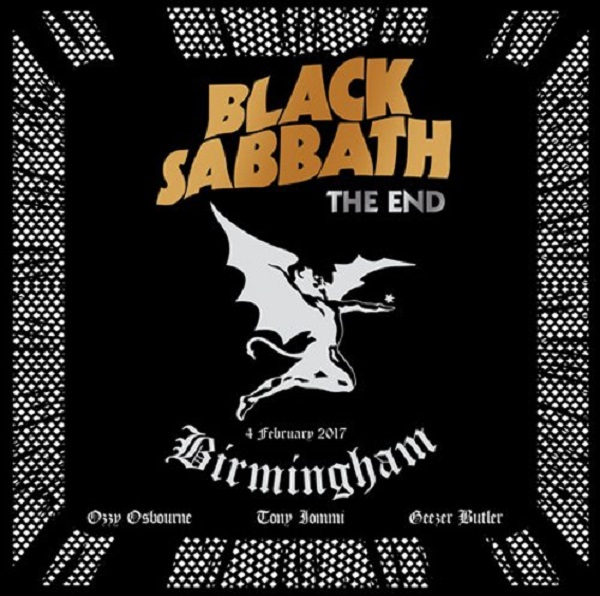 49 years after forming in Birmingham, England, the godfathers of heavy metal, Black Sabbath, returned to their hometown to bid farewell with a momentous concert. Filmed on February 4th, 2017, at the Genting Arena, The End is the final chapter in an unparalleled career, and is now available on DVD and Blu-ray. While it’s unfortunate that original drummer Bill Ward was not part of these proceedings, Ozzy Osbourne, Tony Iommi, and Geezer Butler, along with Tommy Clufetos and Adam Wakeman, deliver nearly two and a half hours of iconic classics including “Fairies Wear Boots”, “Snowblind”, “Hand Of Doom”, “Children Of The Grave”, and many more. Dressed all in black, Ozzy, Tony, and Geezer focus intently on their performance, rarely stepping a foot in any direction. This lack of movement on stage results in the camera crew providing viewers with a multitude of different angles, including numerous close-up visuals of Iommi’s prosthetic finger tips. Pyrotechnic flames occasionally erupt; however, this is all about the insurmountable music – and the band is in top form – playing “War Pigs”, “Iron Man”, and “Paranoid” for the last time together.

A special feature, The Angelic Sessions, was captured in the days following Sabbath’s final live show. It’s an intimate look at the band in the recording studio, laying down fresh versions of five staples that didn’t make the Birmingham setlist. During “The Wizard”, Ozzy cups his hands to the microphone as if he’s playing the harmonica, yet he isn’t holding anything. “Changes” sees Tony on keyboard – so strange to witness the Lord of the Riff playing something other than a guitar. “Wicked World”, “Sweet Leaf”, and “Tomorrow’s Dream” are also dusted off. As sincere in the thank you credits as he is on stage, Ozzy says, “As always it’s about the fans and for the fans: I love you all.”