BLASPHEMY - Victory (Son Of The Damned) 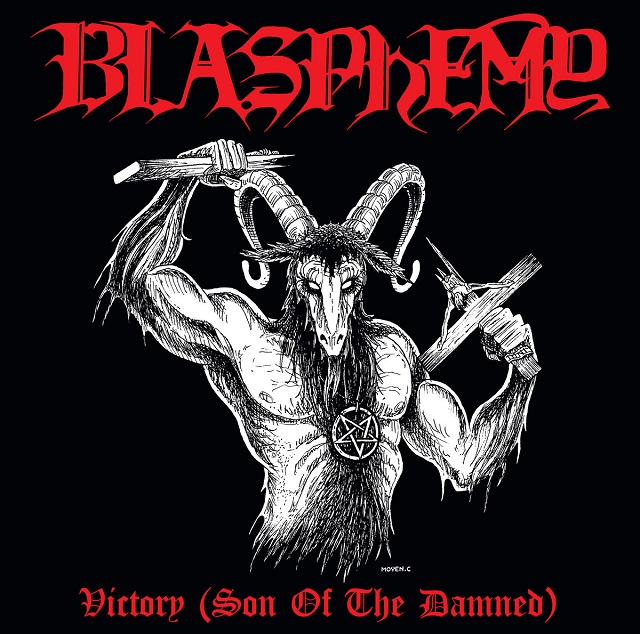 I can't get enough of the press release accompanying this rehearsal release from legendary bestial war metal freakies Blasphemy, talking about how this was recorded on a mini-disc player on top of a washing machine. It's all just too much to handle, but the rub is that this sounds really, really good; it would take a pretty astute denizen of war metal's underbelly to even notice this wasn't a studio album, as the production honestly sounds just as good. And, make no mistake, Blasphemy were on fire when rehearsing in 2001, which is when this washing-machine (I'm dying here) recording was made, the band treating the listener to the kinda-previously unreleased title track (it showed up on the band's 2001 Live Ritual: Friday The 13th live album) twice in a row, true rehearsal style, as well as some between-song chatting with members of Black Witchery, which isn't incredibly useful but I suppose there are worse things to be listening to.

The songs cover both the band's full-lengths as well as the Blood Upon The Altar demo, Blasphemy just tearing through the material here, proving once again why they are masters of bestial black and chaotic war metal, all through the vantage point of a machine stuck between rinse and spin, the band laying down sounds so evil they're almost tipping over the incredible amount of ABC laundry detergent showing oddly prominently in the photo accompanying this album (like I say, I can't get enough of some of this stuff).