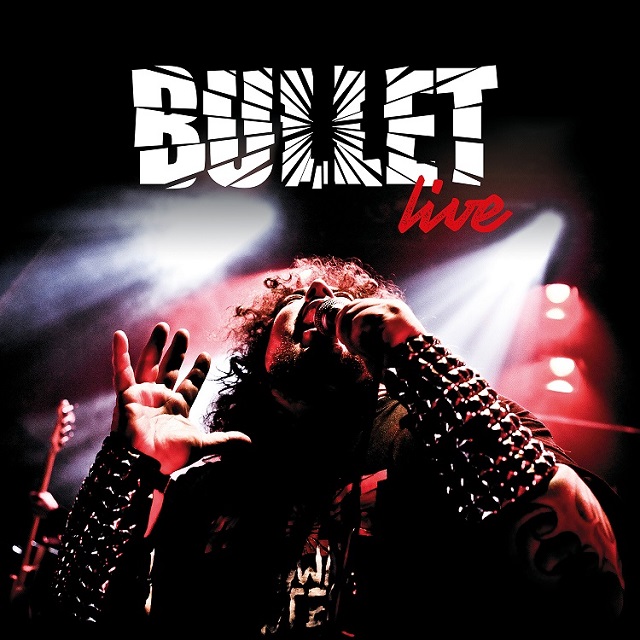 Two disc, live set from a band most in North America have never heard of (Dust To Gold was my #1 album of 2018), let alone seen in concert. Well, SPV have captured the essence of the high energy live show. Right from the start, "Storm Of Blades" has gruff, marbles in his mouth singer Hel Hofer unleash a couple of screams and the traditional sounding Swedes are off! Plenty of backing vocals on this and the other 16 gritty Accept meets AC/DC minded tunes. A boisterous crowd (much of it was recorded in Germany) sings along to the guitar harmonies on "Riding High". The secret to their (overseas) success is simple: infectious melodies and sing-along lyrics. Even if you've never heard the song before, by the second chorus, one knows the title and feels comfortable joining in. Case in point, "Turn It Up Loud". (Not sure why it fades out, given ample time/space, there being two discs). When Hofer offers, "Danke Scheon. You are fucking awesome. We love you guys," that's almost more than I've heard him say, collectively, in all the times I've seen them! The hall resonates with "Dusk Til Dawn".

Sequencing, probably not the best choice having "Dusk Til Dawn" backed with like-minded newbie "Dust To Gold", the crowd chanting throughout the latter, a mid-paced stomper. Boogie woogie guitar (aka revved up 50s rhythms) of "Rambling Man" gets toes tapping, if not feet moving to the dance floor. "Bang Your Head", what more to say? Most of these conclude in 3:30 or less. Portions of "Hammer Down" are virtually spoken word delivery. Disc two begins with "Speed & Attack", which lives up to it's name, a heads down, twin lead speedster. If had to select one song, to pinpoint the 4 lettered Aussies' influence, would be "Rolling Home" (dedicated to their aged, decrepit tour bus), with its extended tandem guitarwork. Can practically see the Accept style sway, side-to-side synchronized movements on "Heading For The Top". After cymbal crash, "Stay Wild" maintains just that spirit. More dual six-string harmonizing on "Fuel The Fire", seguing into "Highway Love", where Hofer explains what it takes to make a rock band. Introducing each member, he emphasizes, "The saddest thing a grown man can do is drink alone, so find a good drunken buddy and a fucking great guitar player!" "The Rebels Return" and ubiquitous, fist thrusting closer, "Bite The Bullet" end what will hopefully not be the only live Bullet on this continent. Buy & bring 'em to North America!