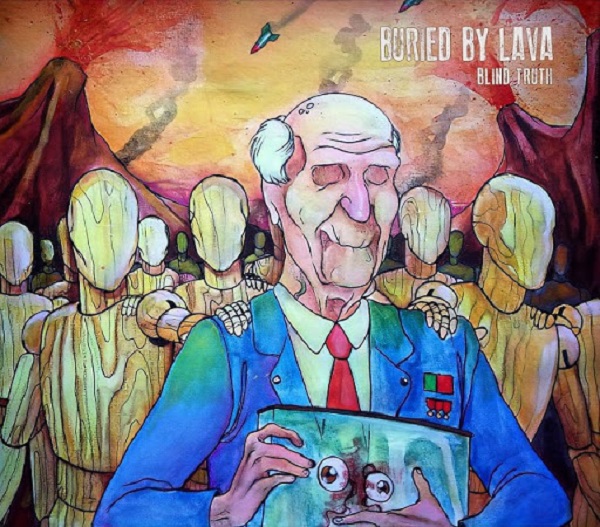 Six songs plus an intro is what this Azores-islands based band lay down on their debut EP, and it's, somehow, not at all what I expected it was going to be, the band's straight-ahead approach to metallic hardcore refreshingly '00s, even if those good-cop choruses are a bit rote. But it's incredibly solid stuff: take opener “Gods Of Sand”, the band immediately up there with, say, Trustkill Records bands that you've kinda forgotten but remember enjoying at the time, the simple, beefy heft only taking a backseat to some welcome songwriting smarts.

Elsewhere, “Blind Truth” lays down meathead groove in the best of ways, and also has some pretty cool clean vocals. “Rise Up” again contains some great songwriting, and closer “Till Death Do Us Apart” even showcases a classy guitar solo; man, with these skills, Buried By Lava could easily be on a larger hardcore label next time around. The drum production sounds a bit too processed and perfect; the humanity in music like this reaches the listener through the cracks, but if there's no cracks to be found, it becomes hard to make these songs personal anthems. I'm also on the fence on some of the clean singing; sometimes it works great, sometimes it just grates. The band has tons of potential, though, and these songs are passionately delivered, well written, and cathartic like the best hardcore should be. Definitely one to keep an eye on.