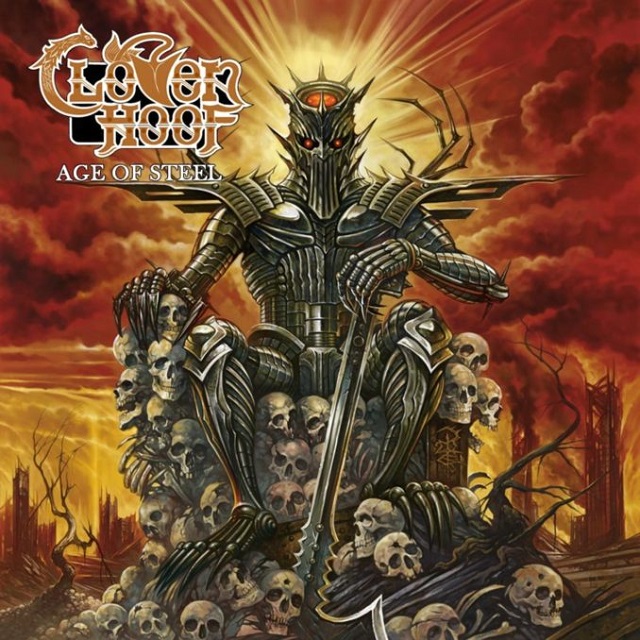 With American singer George Call (Aska/Banshee/ex-Omen) by his side, lone original Hoofer Lee Payne continues to see the fortunes of his resurrected NWOBHM outfit rise. Long gone are the make-up and theatrics, the bassist preferring to harden the sound (at least live, be it the back-to-back North American tours, or Euro fest slots), although many of the current ten compositions have a touch of orchestral accompaniment.

Aggressive start, "Bathory", another song about the blood bathing countess, is both speedy and intense. Settling into a more regal, mid-tempo, "Aderley Edge" has an Iron Maiden feel; albeit with symphonic strings underpinning. Call even briefly apes Dickinson's delivery. Beginning as if a piano ballad, "Touch The Rainbow" quickly dispenses with subtlety and kicks into a galloping anthem (somewhere between Harry's aforementioned outfit and Germanic power metal): higher pitched backing vocals courtesy of Payne.

Moody "Bedlam" slows things down and "Ascension" offers some drumsticks on the hardware, to commence. Lots of spirited guitar tapping and noodling on "Gods Of War", while "Victim Of The Furies" possesses an infectious bounce, unable (unwilling?) to shake the omnipresent keyboards. Alongside "Aderley Edge", 1 and 1A in terms of the standout cuts. With an "everything but the kitchen sink" approach, the concluding title track has synth and Hammond organ as the hoarse-voiced Call adopts an even lower tone and snippets of sci-fi, electronic modulated vocals.