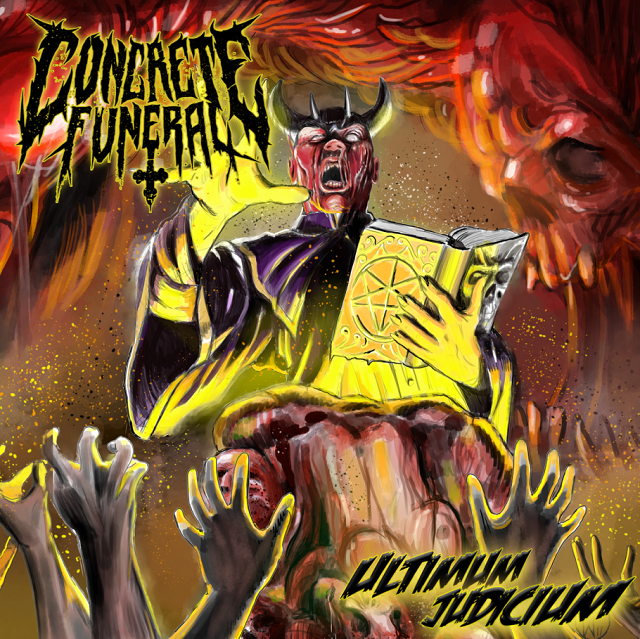 Merciless assault of death/thrash metal. The perfect summation of the debut from this Calgary contingent, Concrete Funeral drop a horror aesthetic within their lyrics. With song titles like “Toxic Fuck”, “Stabbed To Death” and “Mattress Stains”, any metalhead should know what they’re getting into with this release.

And I love how this album opens with this ridiculous voiceover intro like it came out of an ‘80s movie, setting the stage for the upcoming thrash attack and I especially got a kick out of the line “the government looking to fuck you in unimaginable ways.” The guitars hold a thick tone and buzz along with discernable riffs and maddening tempo with the blasting drums. Vocalist Devin Schum belts out aggressive vocals that comes across as a mix of Randy Blythe and former Exodus frontman Rob Dukes. The Exodus comparisons don’t end there as there is a familiar bounce these guys take that will remind listeners of the Bay Area legends. Lead guitarist Jesse Lindbeck provides excellent soloing throughout that at times is melodic and other instances frenetic and uncompromising. Like a blend of the aforementioned Exodus, monstrous riffing of early era-Death and Possessed, a thumping bass attack akin to Overkill, and punishing vocals like Lamb Of God, Concrete Funeral have created a vicious monster of an album. Bring on some more boys!