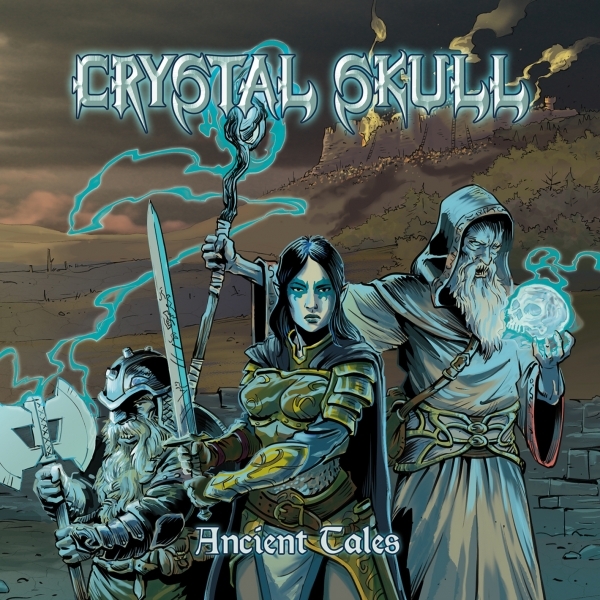 "Dedicated to Teutonic power-speed metal in the way of Running Wild, Gamma Ray, Blind Guardian, Accept, X-Wild, Rage, Helloween, Grave Digger," or so the debut from this Italian outfit proclaims. OK, got my attention, checking a lot of the requisite boxes, but (as Armored Saint asked), Can you deliver? Well, they don't sound precisely like any of the aforementioned and in the vocal department, certainly closer to growlers like Boltendahl, Wagner and Dirkschneider than the soaring heights of Kiske, Hansen or even Kürsch.

Following spoken "The Book" introductory premise, it's eight proper musical tracks, commencing with the rollicking gallop to "Land Of The Dead". Multiple tracked vocals abound, almost like gang vocals, all the time. Will hold them in good stead for in-concert sing-alongs. While that effect is repeated on other songs, it's nowhere near as pervasive (typically just in the chorus). "Stormaxe" is a speedy run through. Ditto "Tears Of The Night" and "Die By My Axe". Pick of the litter is the beer swilling, fist thrusting "Crystal Legions". Can see European crowds falling over each other (brothers in arms, or at least pre-Covid) as they shout the words back at the stage. Odd, pre-release video/single "The Eyes" sees the Skulls adopt a different, more modern, guitar tone. Definitely not representative of the rest of the album. In fact, might be a disservice, overall. Acoustic tinged "The Last King" follows a folksy, Falconer path. "Lake Of Dreams" sees the acoustic return, to greater use, laying bare the somewhat strained vocals. Only midway through its 5:37 length does it get an injection of full band intensity, before returning to the mellow strumming.

Sports leagues have their feeder systems and the European metal community is no different. A prospect, showing potential, but will it be a flash-in-the-pan, or one capable of a "career" in the majors? Time will tell.