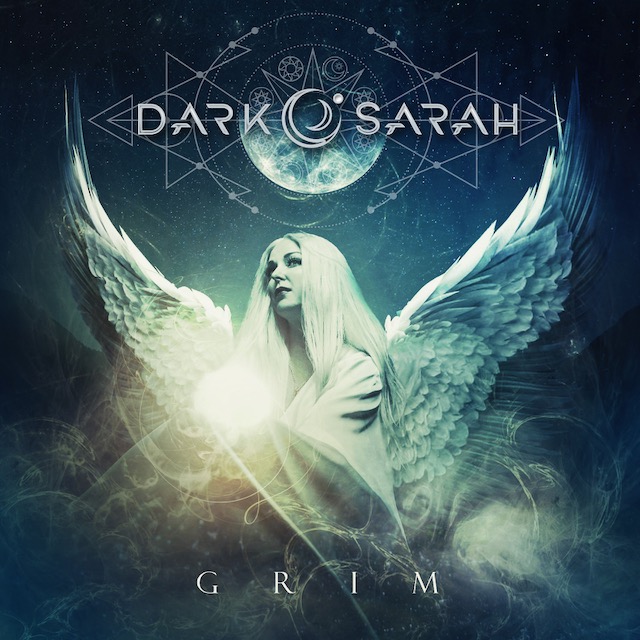 Dark Sarah finds herself on a new label and on a new adventure with Grim. Former Amberian Dawn singer Heidi Parvianinen released a trilogy of albums through Inner Wound Recordings and the attention those records received caught Napalm’s attention. Grim is their most metallic effort to date, offering a mix between modern day Nightwish and Delain with a dash of electronica.

This cinematic / symphonic metal album takes on a horror fantasy theme with this new story and while there’s nothing inherently scary within the music, some of the subject matter is unsettling. There’s an electronic, computerized sound that makes its way to the songs, which adds atmosphere and ambiance to the story’s setting. Parvianinen operatic vocals are the star of the show and she radiates emotion and charisma, especially in the charming bounce of “La Folie Verte” or the dreamy ballad “Iceheart”. The stakes of the situation become more desperate toward the latter half of the album when JP Leppäluoto appears on “The Wolf And The Maiden” and holds one of the stronger choruses as JP and Heidi show off their great chemistry together while harsh vocals appear in “Mörk”, courtesy of Jasse Jatala. “Mörk” is a very ambitious track with intermittent breaks featuring a honky-tonk piano and switches moods rapidly, making for quite the listen. There’s a sheer strangeness when the computerized beeps make their way into proper opener “The Chosen One” (which follows brief intro “My Name Is Luna”) and there’s a starkness in the gentleness of “Illuminate”. There’s something for every symphonic metal fan on this one and it’s also Dark Sarah’s most consistent record. Dive into the Grim!