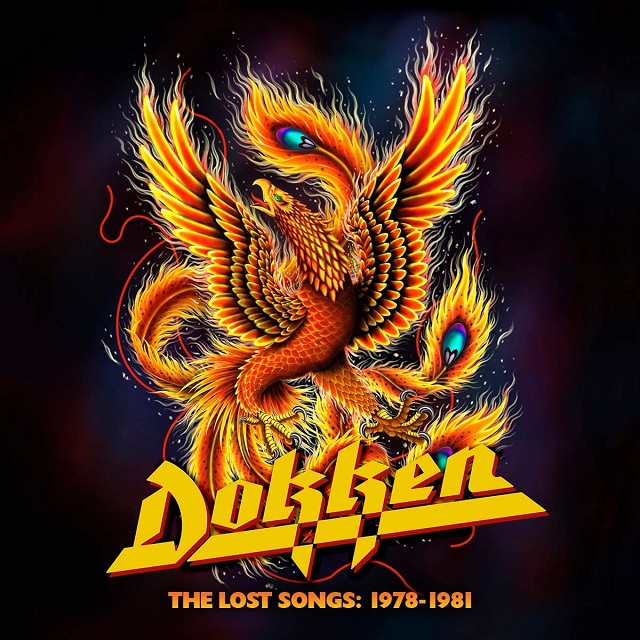 After being a long time unofficial circulated bootleg under the title Back In The Streets, Don Dokken has finally given these recordings a proper release. These are four studio demos, plus two live. "We're Going Wrong" must come from that ‘70s period with a youthful, minimalist riff, rhythm section, flat chorus, but still the leads jump out with an attack. At 2:50 seconds, the “Felony” demo has more energy than the version on Breaking The Chains. There is an urgency to “Back In The Streets”, but “Hit And Run” should have made it on Breaking The Chains, or the first self-titled Great White album. One of those songs that shows early on Don’s talent for writing a great melody, hook, and vocal harmonies.

According to the album details, not sure if it’s Greg Leon, George Lynch (but apparently not after interviewing Don), or Jon Levin on the guitar leads, but one of them is laying it down in classic Dokken fashion. "Day After Day" is a gentle singer/songwriter ballad. The live tracks from Back In The Streets, “Liar” and “Prisoner”, are two more where Don’s songwriting experimented between the riff, verse into the chorus, how to construct the solo section, and vocal harmonies. Both very influenced by ‘70s Judas Priest. Great building blocks to what became on Breaking The Chains, yet not quite what was to be on the classic Tooth And Nail that followed.

Of the unearthed unreleased songs, can see why “Rainbows” never made an album, it’s just a lifeless somber arrangement and chorus unlike anything that would follow on the classic ‘80s albums. Actually kind of grungy, yet, the solo sections are the most interesting section that shows Leon, Lynch, or Levin’s talent for phrasing. “Broken Heart”, the roughest recording is nothing worth making an album. One of two updated, unreleased tunes, “Step Into The Light” has the simplicity of old Dokken, but one (see also “No Answer”)  to get some polish in the guitars and drums from current members Jon Levin and BJ Zampa. There is also refinement in Don’s matured voice, melodies and harmonies, and the production current with the last few albums.

The Lost Songs is really a fun listen with a few songs worth repeat listens in a playlist, a snapshot to Dokken’s beginnings and forecasts some hints at what was to come.