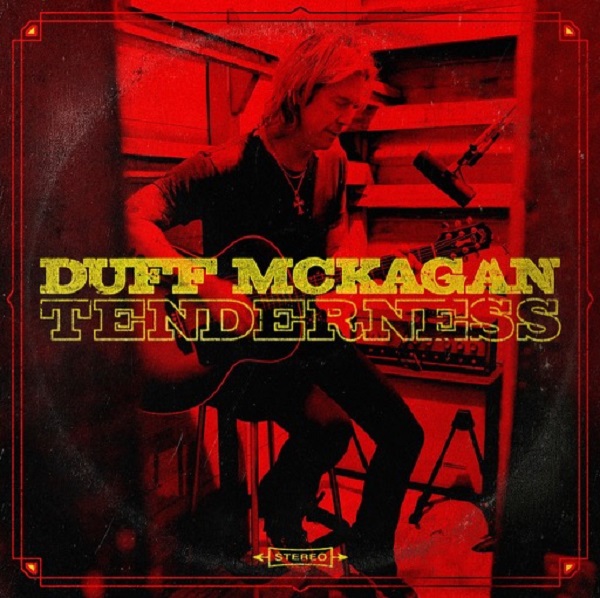 Duff McKagan’s new and aptly titled solo album, Tenderness, is unlike anything previously heard from the Guns N’ Roses bassist. It bears no resemblance to Appetite For Destuction, Use Your Illusion, or Believe In Me – Duff’s star-studded solo endeavour from 1993. There’s no relation to Velvet Revolver, Neurotic Outsiders, or Loaded. In fact, for this introspective 11-track offering, Duff has teamed with Shooter Jennings (son of country music legend Waylon Jennings) and his band.

Primarily acoustic in nature, Tenderness is a rather mellow – but poignant – singer/songwriter affair. Duff drew lyrical inspiration from the “heartbreak, anger, fear, confusion and divide” he experienced travelling the globe during the two-and-a-half-year GN’R Not In This Lifetime Tour. Make no mistake, this is a sad set of songs, and the hurt conveyed is real. Without a doubt, the most powerful – and chilling – composition is “Parkland”. Truly listen, and if you don’t get choked up, you’re just not alive. Incredibly, Duff makes the all too frequent tragedies broadcast by CNN, a very personal and intimate issue; no matter where you call home.

Elsewhere, Duff gets political on “Chip Away”, “Falling Down” tackles the opioid crisis, “Last September” was inspired by the #MeToo movement, “Cold Outside” focuses on homelessness – these are not happy tunes, they won’t be played at your next weekend getaway. Truth be told, collectively, they’re a rather unpleasant snapshot of the world as it currently stands; one which makes you think, deeply. There is one glimmer of hope, that being “It’s Not Too Late”. Invest some time in Tenderness, and you’ll be rewarded with a solemn side of the former King Of Beers you probably weren’t aware of.