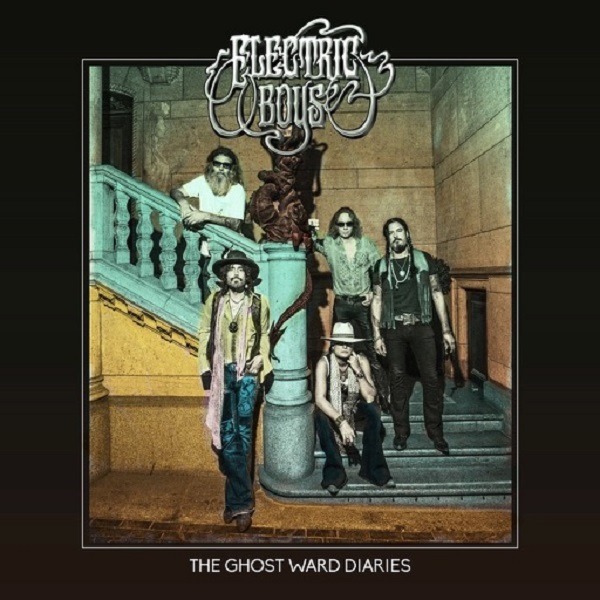 While no one under 40 probably recognizes these reactivated Swedes (minor late ‘80s MTV hit with "All Lips & Hips"), Conny Bloom and Co. were part of the American major label experimentation, seeking to import European acts that would appeal to the domestic hair metal explosion. So alongside the likes of Sleeze Bees, D. A. D., Stage Dolls and infinitely more successful TNT (Notice they all came from Scandia countries with strong backgrounds in the English language, so the UK and USA industry/media could relate. Meanwhile, rising German and Swiss acts were left on the vine.), these Swedes opted for a funky ‘70s psychedelia.

After a brief stint in Hanoi Rocks, in the early 2000s, Bloom and bassist Andy Christell resurrected the original line-up, who are now on their third reformation album. It's several songs in, #4 actually, before there's a hint of the old sounds. Complete with female backing singers and slap bass funk, "Love Is A Funny Feeling" has a Seventies exploitation/porno soundtrack feel. "Hangover In Hannover", a rollicking drinking song, kicks things off, including the lines, "One drink short from cutting my wrists. Pour me a whiskey, or two or three. I just can't stand being me. I'm just a messed up boy, far from home... Red is the blood coming outta my nose." Old school, anti-PC. A mid-tempo, bluesy "There She Goes Again" follows. The late Tom Petty could have written (and did) something like "Gone Gone Gone". Little slide guitar and funk on "Swampmotofog" instrumental, while "First The Money, Then The Honey" could be a Sunset Strip leftover, featuring the lyrics, "I'm a sugar daddy and she's very hard to please. I'm a sugar daddy and she loves me for a fee." The backing ladies return on "Rich Man Poor Man", along with the slide, plus hints of both acoustic guitar and honky tonk piano. "A rich man eats when he wants. A poor man eats when he can. And when the money comes rolling, I hold it, with a hole in my hand." Disc ends with "One Of The Fallen Angels" an extended, eerie Hammond organ workout. Time hasn't diminished these Swedes' wackiness.