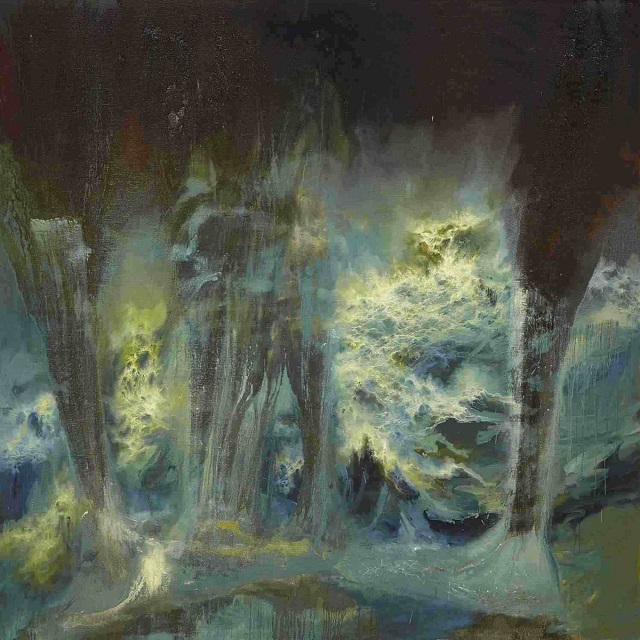 We had plenty good to say about this French band's demo release from a year ago, and while our prediction that the band will move up to the big leagues and end up on a Relapse or a Dark Descent for their debut didn't happen, it's those labels' loss: I is a fantastic journey through seriously dense and atmospheric death metal.

How dense? Opening cut “Smouldering Darkness” is almost 20 minutes, and spends much of its time spelunking through the caverns, with excellent, powerful, moving results. It's worth noting that “Smouldering Darkness”, as well as two other cuts here, were on the band's demo, but have been, apparently, reworked quite extensively. I say “apparently” because you have to be pretty haywire to really spend time comparing and contrasting the differences between the two recordings; I say just let yourself get immersed in Epitaphe's world through this five-song monster of an album (total runtime: 63 minutes) and enjoy the sweet pain of what they bring. “Embers” evokes Ulcerate-ish tech-death-grind in its concise, radio-single 10-minute runtime; “Rêveries” is a 3:44 interlude that works, the band suddenly getting acoustic, jazzy, worldly. It shouldn't make sense, but it's a great break halfway through this monster release. “Downward Stream” kicks off with four on the snare before grinding to a burbling, blasting, prime-era-Relapse place (again, Relapse, Christ's sake, you paying attention or not?), and “Monolithe” closes things off with 20 minutes and 20 seconds of mania, a slow-burn start that takes a left turn to grind and DM from the cavern and even a bit of black metal, then some quirky grind that would make Antigama proud, then... yeah, they cover a lot of ground here, and it's all pretty great, circling back to the sounds they explored in “Rêveries”. I is a fantastic album, Epitaphe really mining the depths here and coming up with death metal gold.