ESCAPE IS NOT FREEDOM - Surrounded By The Great Nothing 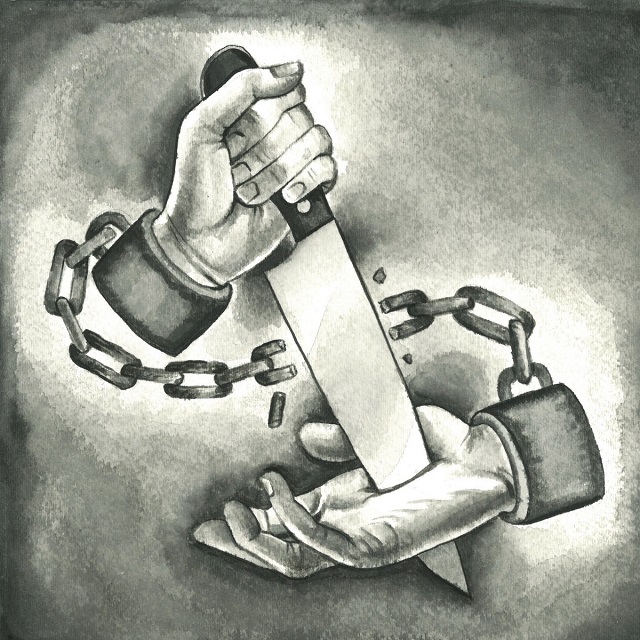 Chicago’s Escape Is Not Freedom have crafted one daunting full-length here, the runtime clocking in at an agonizing 56 minutes, which is sorta only suitable for the agony the band dishes out through these 10 songs. I like it, though: opener “Brick” channels the heaviest of noise rock, dropping a huge groove through all the noise and clang. “Boomslang” follows that up with a shoegaze-y noise-rock number that definitely leans to modern Relapse in vibe and sound before it goes even quieter and sounds more Jawbox than Jesus Lizard, which is cool, because when the band slowly brings the noise again, it’s a pretty glorious, melodic cacophony. “Freezer Burn” is an excellent drowning-underwater sludge death ballad, one that Mastodon would kill for.

“Drinking Bleach” is more straight-up noise rock; “Leonard” brings the dirge, the ranting, the long instrumental drone for an awesome mid-album piece. “Ruined Ground” suddenly sounds like what I approximate “bands that sound like U2 and Coldplay” to sound like, and is super jarring even if it is basically shoegaze/post-metal sludge and is actually a great song. But things start to get dodgy—and exhausting—by track eight, “Slowly Falling Off A Cliff” and its Pink Floyd-on-doom trip-outs: this album is just too long and there’s too much going on. It’s clearly the band’s decision to tackle a lot of different sounds, and they do it all with such skill and grace, but that doesn’t translate to a smooth, cohesive listening experience. Much of the second half of this record floats past in an unnecessary cloudy haze, the band already decimating the listener into dust with the first half; I would have loved to have seen this record be half as long, which would have made it twice as powerful.