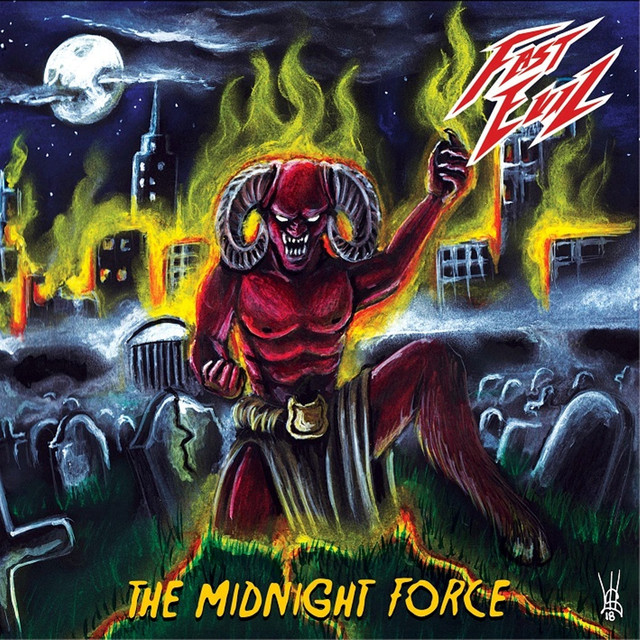 Young Brazilian speed metallers who inhabit a sound somewhere between rudimentary Enforcer and Skull Fist, more tuneful than rapid. That said, all but the title track are completed in less than 3:30! Brevity aside, this marks their full-length debut, even though half of the eight songs were issued a year ago, on an introductory EP. They've already uploaded a couple of videos (include animated clips), so all the usual South American obstacles might be minimized in the digital age. Unlike so many likeminded outfits from down south, the production and playing are clean and modern sounding. The high pitched English vocals are delivered rapid fire, well enunciated and disguise most misgivings.

The subdued, nearly a cappella start to "The Midnight Force" isn't singer Lucas Mesquita's strongest moment, but at 5:29, demonstrates Fast Evil can compose an epic vibe, more than just a quick blast. Blazing "Metal Is Back" and "Living At The Speed" might be the anomalies, but feels like they belong on the last platter from the aforementioned Swedes. As for the intro, seguing into "Hellboss", all I can say is, "Night Demon, you have a lot to answer for..." slow builder into punky head bobbler. At 2:42, the repetitive "Japanese Killer" riff is barely a song, but with plenty of homage to the NWOBHM. Off to a good start. Ones to watch!