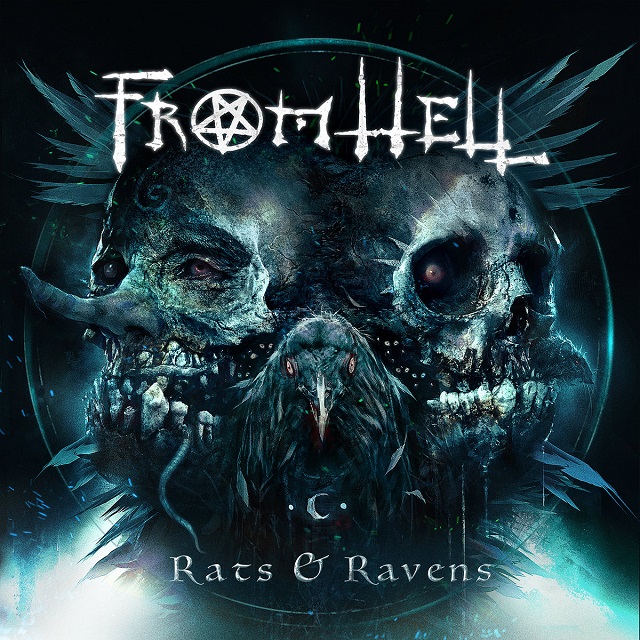 Horror metal enthusiasts From Hell return from the depths of fire and brimstone with a new ghoulish tale to frighten the masses. Maniacal bandleader Aleister Sinn leads this death/thrash offering with a story set in mid-13th century Easter Europe about witchery.

Makes total sense that comparisons with the one and only King Diamond will be made and Sinn’s vocal mids sound eerily similar to the Danish legend and Sinn has that charismatic swagger to gain the attention of a heavy metal maniac. The From Hell lineup isn’t just a bunch of nobody’s either, Forbidden’s Steve Smyth is on guitars, Vicious Rumors’ Stephen Paul Goodwin takes the bass and Blind Illusion’s Wes Anderson is on drums. A very potent and lethal poison, punishing rhythms and stern guitar chugs clear the path on this 55 minute descent into madness. Smyth lays out eloquent solos to discern from the dreadful atmosphere. There is a distinct creepiness to Sinn’s vocals in “Don’t Cry For Help” with a child being stalked and reminds of the King Diamond Graveyard album. Tribal rhythms take the tortuous “Three And Nine” and shows that From Hell have the theatricality aspect of their music down pat while the almost 9-minute “Body Rats” imposes great variation in tempos and has the fiercest riff set imaginable.

A thoroughly “hellish” offering, From Hell has composed a filthy horror metal album, don’t be afraid to enter the fires of damnation!