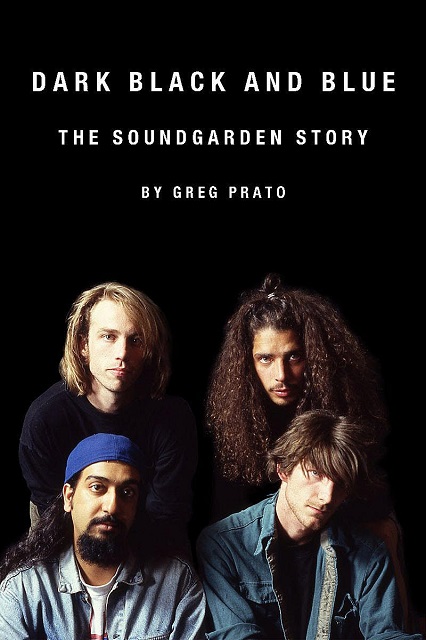 As the years go on, I must admit that Soundgarden really ruled. I mean, I always knew that, but I kinda forgot for a long time, and recently—thanks to this new book from Greg Prato—have been rediscovering just how great the band were. Through his own interviews and others, Prato has pieced together a fairly definitive look at Soundgarden here. I found reading about the early era fascinating, and learned lots about the band that I didn’t know about; still, I was left feeling like there could have been more, but not because Prato left anything out, just because his book made me ravenous for even more Soundgarden information.

Some of the behind-the-scenes anecdotes were surprising and revealing; I was particularly shocked at hearing some recollections of the Soundgarden/Faith No More/Voivod tour, and the relationship between Chris Cornell and Mike Patton’s still-developing stage personas. Reading about the band’s rise to success and eventual dissolution and rebirth was fascinating and engaging. I enjoyed seeing Prato’s opinion on the different records and songs (and, most interestingly, the rarities) and his level of knowledge and passion for the band is admirable. However, I really would have liked to have seen a bit more of a heavy hand with editing here, as Prato’s style leans blog-conversational, which doesn’t quite give the book the importance it deserves. Still, I can't recommend this enough for people looking to learn more about Soundgarden; the amount of interesting tidbits and trivia scattered throughout this thing is pretty incredible. It left me with a newfound respect for the band, and also found me putting Badmotorfinger back in my regular rotation for a while, so, mission accomplished.