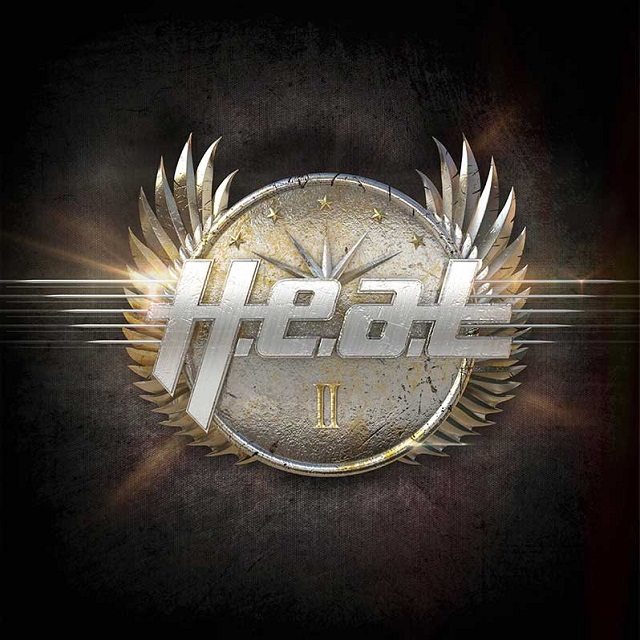 In 2020 these Swedes deliver so much heat in those great big riffs, big melodic vocals, even bigger hooks from the ‘80s that H.E.A.T. II may be the hard rock glam album of the year. Sixth release, II, sees the band delivering ten rockers, one ballad (“Nothing To Say”) with no filler.

Singer Erik Grönwall (who as a solo artist/ musical theater has been on the Swedish charts), brings both the look, sound, and energy the genre needs. “Rock Your Body” kicks off the album with a funky crunchy riff and rhythm while “Dangerous Ground” follows and drives with a great modern punch like something from peers Crashdiet. H.E.A.T. remind me of those names from the late ‘80s/early ‘90s like Danger Danger, Giant, Hardline, Damn Yankess, and Steelheart. Hard rock with a metal edge guitar, those AOR keyboards and melodies. “Come Clean” in the breaks during the verses with the backing keys and rhythmic chorus is likened to Eclipse, another great from the genre. “Victory” hits with a big punchy beat, gang vocal chorus, and tasty lead work. European festivals will singalong to this for sure. “We Are Gods” gets a little more down and dirty with a slower roll but no less balls, a heavy hitting chorus, and sexy leads. First two singles “One By One”, and “Rise” closes the album with a big enough hooks to catch a whale. Definitely will be in my top 10 albums of the year. Everyone should be supporting H.E.A.T. the same as the usual hair metal suspects and these guys should have been on the Crue, Leppard, Poison stadium tour. Wake up, people, it is the new guard, the present, and it’s as good as the past.