HATH - Of Rot And Ruin 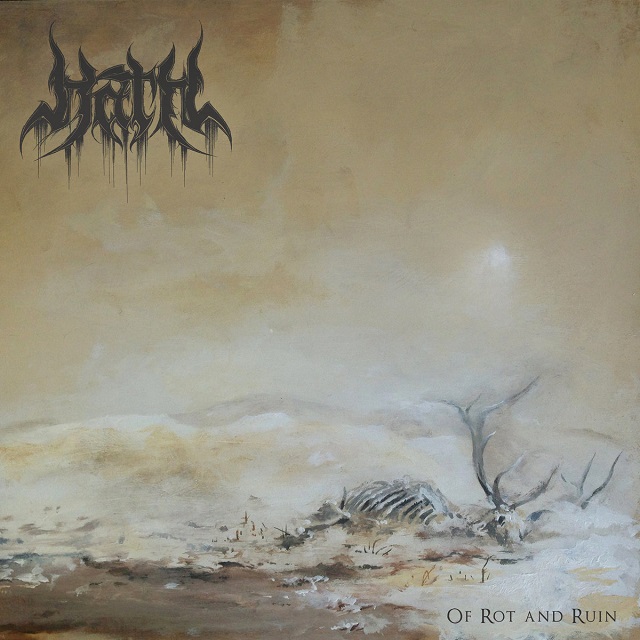 New Jersey's Hath have laid down a debut with authority here, Of Rot And Ruin a massive piece of solid death metal with some welcome black and tech overtones. What jumps out immediately is the band's confidence, these songs not sounding tentative in the slightest, Hath delivering these nine mainly lengthy tracks with the ease of pros.

Check out the killer solo work in “Currents” to see how the band manages to break things up, these songs breathing a bit more than tech death and having more hooks than blackened death (or tech death) normally does, end result reminding of a more evil Gorod at times, or a really-more-evil evil Gojira. The main (and only) problem here is that the sheer quantity of material is just overwhelming: this 54-minute album could have been chopped by 15 minutes and it would have had more impact. However, a song like, for example, the excellent “Rituals” wears its 8:44 well, Hath really opening it up and letting it do what it needs to, ditto for “Withered”, which shows the band's songwriting skills well. Meanwhile, album highlight “Worlds Within” gets far, far away from death metal and ventures more to mellow, button-up-shirt prog-guy territory, a sound Hath conquer with incredible dexterity. Still, it's an exhausting time taking in all nine of these songs at once, but, hey, take it in two sittings: Of Rot And Ruin isn't necessarily an album experience as much as it is a Hath experience, and that's an experience anyone into extreme music should invest some time in.