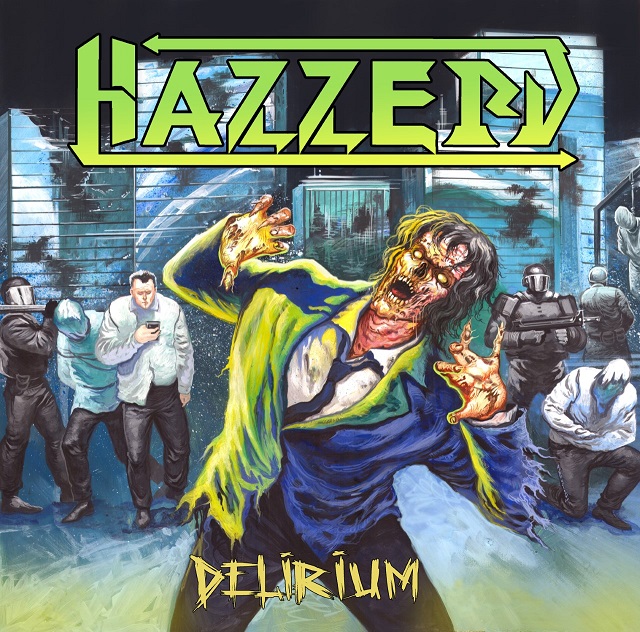 Immediately from the cover artwork you can tell when it’s going to be classic '80s thrash metal, and these Canadians bring it on this 2017 Misleading Evil follow-up. “Sacrifice Them (In The Name Of God)”, is upbeat, fast, yet gets in a groove and sits in the pocket a few times during the arrangement, just like good extreme metal should be. Complete with raging changes and smoking leads, Hazzerd (lead by drummer/singer Dylan Westendorp), capture the spirit of those first few Exodus, Death Angel, Testament, and Heathen albums. It’s the aggression, vocal texture, and level of lead work that almost feel erratic, about to go off the rails, but has purpose and direction.

Very akin to Havok. “A Tormented Reality” takes its time more with precision, “Victim Of A Desperate Mind” builds and cuts like a knife with the attack. A little guitar noodling opens instrumental “Call Of The Void”, some progressive interplay with the drums and bass like an early Racer X or Tony MacAlpine song. “Dead In The Shed” and “Waking Nightmare” are all crossover attitude. “The End” a very mellow choice to such a ten song assault. A little too much of a flatline delivery to a few songs, think these guys would benefit from some influence from '80s Overkill and the catchy riff/hook also. That need to find balance between speed and mid-tempo.