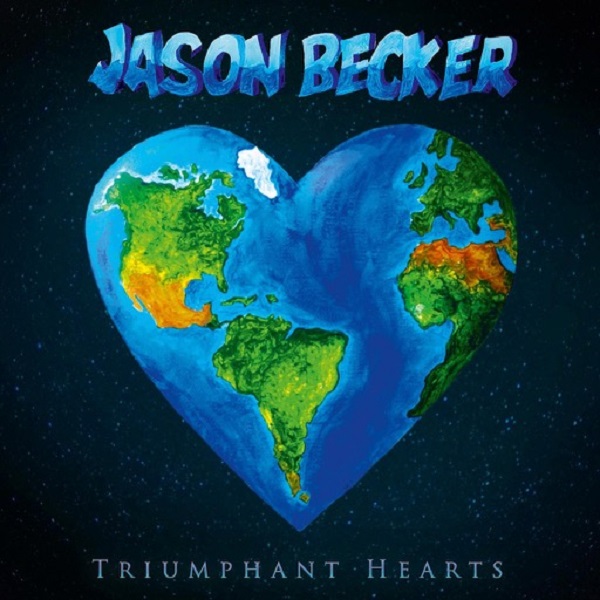 Jason Becker's story is one of both heartache and inspiration, this guitar virtuoso (literally -- you must listen to Becker's classic Perpetual Burn if you like solos of any kind) diagnosed with Lou Gehrig's Disease (ALS) after gaining acclaim and fame in speed metal symphony Cacophony and with a spot in David Lee Roth's solo band. Since his diagnosis with ALS during the early '90s, Becker has lost the ability to walk, to speak, and to play guitar. However, despite initially being given only three to five years to live, Becker is still writing intricate, inspiring music decades later.

How does Becker do it? With his eyes. Using a system his father invented that allows him to communicate via his eyes, Becker writes music that’s then performed by friends and colleagues. In the case of Triumphant Hearts, Becker has recruited Marty Friedman, Joe Satriani, Steve Vai, Neal Schon, Steve Morse, Uli Jon Roth, Chris Broderick, Paul Gilbert, Jeff Loomis, Richie Kotzen, and Gus G, among many others, to help illustrate his vision.

And, man, what a vision it is. Though lead single “Valley Of Fire” is full of the guitar heroics we’d expect of such a project and “Taking Me Back”’s ‘’80s swagger lives up to it title, Triumphant Hearts is mostly made up of classical-style music that wouldn’t sound out of place on a Rhapsody Of Fire album (which is a testament to Triumphant Hearts’ strong songwriting). At other moments, like during “Hold On To Love”, Becker ventures into reflections about life and its many mysteries, which gets you thinking about the big, existential questions. The David Gilmour-esque solo at the end of the track captures the moment well.

Triumphant Hearts is an impressive, multi-faceted album from an artist who still has so much incredible music in his mind. And, man, he’s writing it all with his eyes. Incredible.