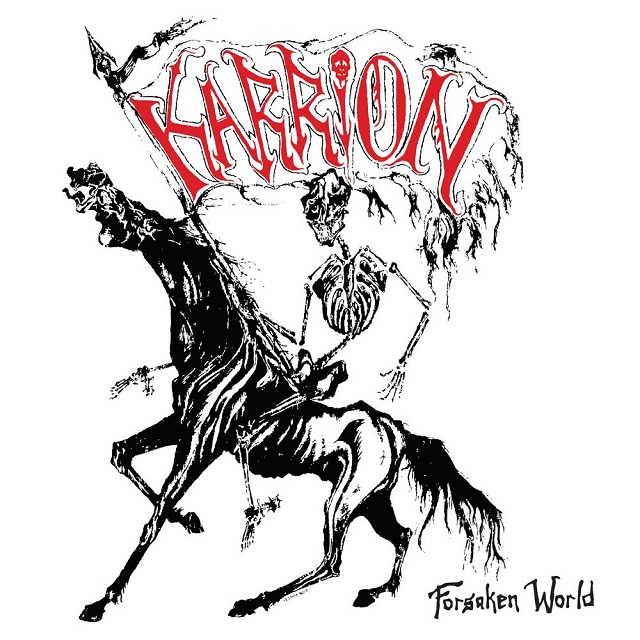 As Supreme Echo Records' recent reissue of Mission Of Christ material proves, the west coast of Canada had a scene happening in the '80s that needs to be discussed when talking thrash metal history. Here's another case in point: Karrion, from the Vancouver suburbs of Surrey and Delta. The band's first two demos—their four-song self-titled demo from 1986 and the three-song Free In Death from 1987—are collected here, and the music sounds great; not just in an apologetic, “for the time” sort of way, but, man, it sounds great.

The scream at the start of the title track, which kicks off this album, rules and sets the tone for the maniacal thrash to come. But there's depth in these songs: “Free In Death” shows the band maturing, hinting at a big mainstream groove thrash sound—or at least a Voivodian approximation of it—while the earlier material, like “Necro Nightmare”, is balls-to-the-wall Teutonic terror. The difference in sound between the two demos is apparent but never distracts and the sound in general is excellent; interestingly, this album takes the material from the demos and mixes them up, as opposed to simply going through the demos in chronological order, creating a good variety in sounds. Karrion are one of the west coast's coulda-been success stories: the band, who also put out the three-song Flesh Circus demo in 1992, were on Metal Blade's Complete Death Vol. II compilation, and Capitol Records sent a letter of interest near the end of Karrion's time together. But it just wasn't meant to be, Karrion—who featured an ex-Witches Hammer member in its ranks—leaving us too soon but leaving behind some great material, which has now seen the light of day through this package, rounded out with a booklet with interesting current-day interviews and archival photographs and gig flyers.