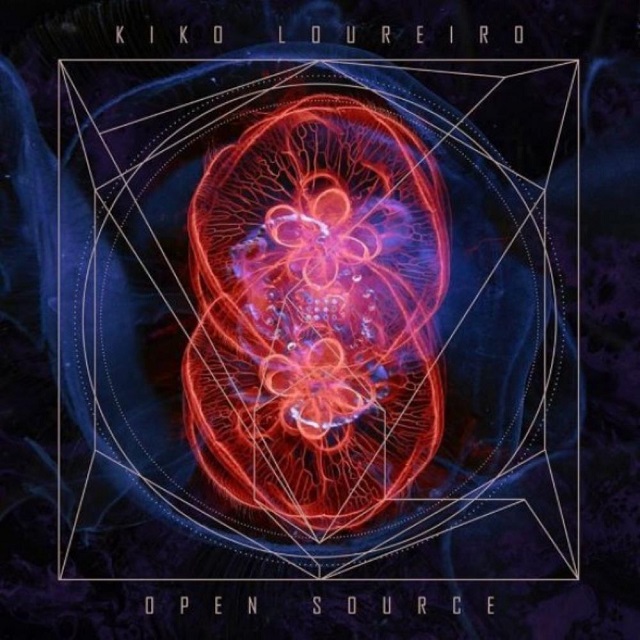 It’s no wonder why Dave Mustaine wanted Kiko Loureiro for the Megadeth job. One of the most diverse and talented guitar players out there, Open Source is the new instrumental solo effort from the former Angra axman and shows an array of skills and rhythmic energy.

Kiko reunites with his former Angra bandmate and drummer Bruno Valverde and while this is foremost a guitar record the drumming is impressive as well and the chemistry between Kiko and Bruno flourishes on each of the tracks. There a bevy of melody the Megadeth axman exudes with his playing, but he doesn’t overdo it or rely on the same techniques and same tropes other guitar instrumentals do with wild playing, speed for the sake of speed, and incoherent shredding. He also doesn’t take it easy with what we’re used to hearing out of him as riffs resembling power metal or thrash make rare appearances, instead relying on different soundscapes and hitting that rhythmic pocket that allows the instruments to flow gracefully. Kiko’s guitar has such a rich, modern sound that allows the notes to breathe and the feeling he exudes in the bright “Vital Signs” or the serene and laidback “Dreamlike” is such a joy to be heard. Former Megadeth guitarist Marty Friedman joins in for “Imminent Threat” and hearing the two go at it with their skills is a breathtaking experience. The delicate, and acoustic led “Du Monde” is a pleasant guitar escapade as well as the chaotic “Black Ice”. Cutting out a few tracks to decrease the runtime would have made for a higher score as the music blends together when going deeper into the album, but any guitar enthusiast should check this out immediately.