LET US PREY - Virtues Of The Vicious 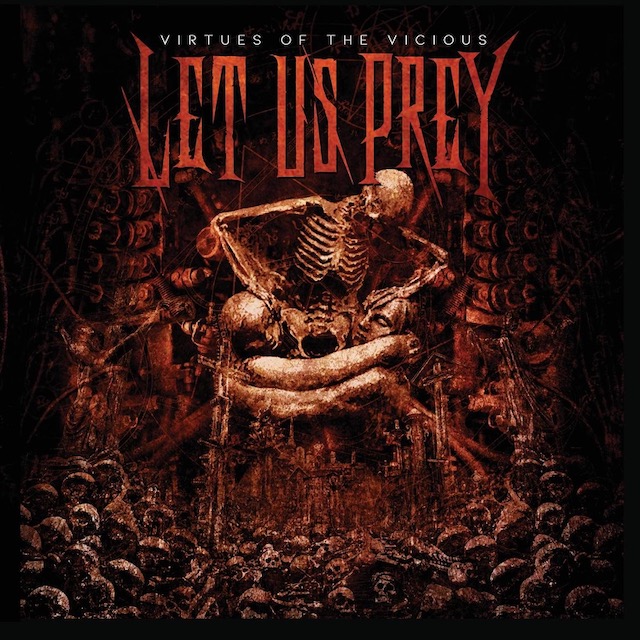 Boston’s Let Us Prey, led by Ross The Boss frontman Marc Lopes, take cues from Nevermore and Taunted on their full-length debut. Lopes is the star of the show, displaying an impressive vocal range, especially with his high-pitched shrieks that bring to mind Warrel Dane and Tim “Ripper” Owens.

“In Suffering” stands out as it takes a Gothic approach to the music with strings and is very moody, downtrodden, but with striking and dramatic notes. The stunning closer “And Hell That Follows” follows that vibe with some quick mood changes and Lopes bleeds emotion throughout the dreary track. While Let Us Prey has similarities to the bands mentioned above, there’s a faint symphonic quality to them as well. Some of the songs utilize violins, but are kept in the background, while allowing the loud instruments take the lead. It’s an interesting aspect to be sure and maybe one they could capitalize on more in the future.

As it stands, Virtues Of The Vicious would garner stronger results, but the lack of discernable, meaty riffs lends itself to an in-the-ear and out-the-other feeling. With that said, “Metal” Mike livens up the title track in his guest spot on the record and “The Cruel Creation Of Me” has a diabolical atmosphere, which then shifts to an ultra-aggressive attack. Despite the appearance of Anthrax guitarist Jon Donais, “Halo Crown” borders on metalcore and “Murder Thy Maker” is a faceless fast number even though the piano intro makes for an intriguing opener to the song.

There’s a lot of curious elements to Let Us Prey, but tighter songwriting would serve them better in the future.