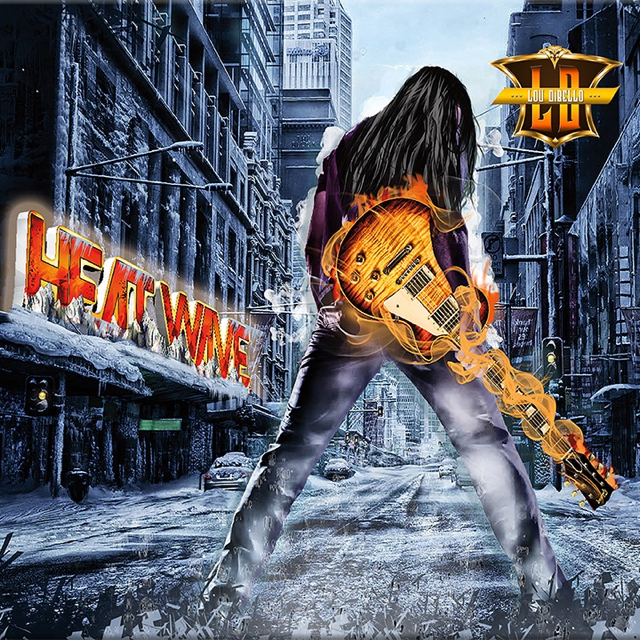 Illinois guitarist Lou DiBello impresses with his fourth solo album, Heatwave. It’s a shame that he’s flown under the radar here in North America, as his resume is quite extensive. The Musicians Institute graduate has a flair for ’70s rock, ’80s metal and the blues, which he demonstrates with top-notch quality on its eight tracks, which are half instrumental/half vocal. DiBello takes his musical cue from guitar heroes such as Michael Schenker, Uli Jon Roth and Jimi Hendrix. By enlisting German powerhouse vocalist Carsten “Lizard” Schulz and guest guitarist Ross The Boss (Dictators, ex-Manowar, Death Dealer) and bassist Mike LePond (Symphony X), DiBello has created a stellar album.

Instrumental opener and title track has a smooth ’80s metal meets ’70s “Guitar God” appeal. DiBello’s harmonized guitar melodies are so catchy, they actually “sing” to the listener. The anthemic “Let Me Hear You Scream” has a fist-pumping chorus recalling Ronnie James Dio at his best, while power ballad “When All Is Lost” is a powerful and emotive tune. A riveting cover of MSG’s “Into the Arena” allows DiBello to take a few tasteful liberties by ad libbing with a bit of flair of his own, which also includes a killer LePond bass segment that really spruces up the already legendary song. Heatwave is proof of pure perseverance; someone like DiBello who’s willing to stick it out in this business and keep his honesty and integrity is impressive. Well done sir!