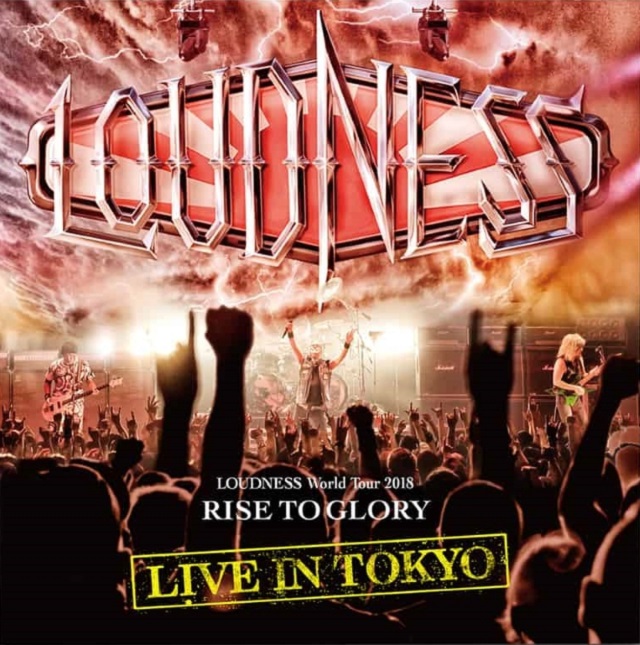 Massive career retrospective, recorded over two nights (different performances) at the Metal Weekend, September 22nd-23rd, last year. Thus there are a couple of duplicates, namely “In The Mirror” and “Crazy Doctor”, but also a greater reliance on pre-Thunder In The East material (when they still sang in Japanese and before Atlantic Records “discovered” them). All told (excluding the repeats): five sequentially (of the six) off Thunder, another five (delivered one after the other) from Law Of Devil's Land, disc closing five-spot from Disillusion and their signature tune, off the '81 The Birthday Eve debut. Only thing missing is “Devil Soldier”, but a minor complaint.

Jumps right into “The Lines Are Down”, no introduction (needed, or forthcoming), just right to the music, complete with Minoru Niihara's yelp and Akira Takasaki's skills around a fretboard. There's a couple of seconds of silence before F-bomb peppered “Crazy Nights”. The otherwise pedestrian ‘80s rocker is augmented by backing vocals from the crowd and Takasaki embellishments. It is the first of the Thunder In The East tracks, played in the same order as the '85 studio recording. While the bigger (MTV aided) hit, prefer “Like Hell”, which follows or similarly six-string aggro “Get Away”. The latter even adds drum flourishes. Not sure why there's such a mouthful of (Anglo) lyrics, especially for someone who is not a native English speaker. Lone, mournful guitar begins “Heavy Chains”, no place for the 2nd language inadequacies to hide, while Takasaki's scratching the strings greet (grate?) deep cut “We Could Be Together”. Lots of guitar histrionic to kick off the eponymous tune “Loudness”, with its mid-tempo Judas Priest rhythm.

The first rendition of “In The Mirror” returns the pace to overdrive, around Akira's blazing licks. Getting into the flow Minoru also adds an expletive to the title of “Crazy Doctor”, yet another excuse for the guitarist to go, ahem, crazy, on his axe. Sort of weird, offering a second helping of “In the Mirror” so soon (basically sandwiching the Doctor), but such in the running order. Almost a reprise, the singer getting the crowd to offer more, this time out. Those unfamiliar, just one listen to “The Law Of Devil's Land” shows how potent a force Loudness was, even before the Western World came calling. Lengthy, drawn out solo commences “Black Wall”, eventually uncorking a winner. “Sleepless Nights” makes “Speed” (with wild Akira runs) seem all the more rapid fire. It's followed by another run-through “Crazy Doctor” and progressive guitar laden “Milky Way”. Doesn't help, having ballad “Ares' Lament” so late in the running order, but the fiery closing duo: shuffling, fleet fingered “Dream Fantasy” and “Esper” (with its occasionally gruff vocalizations) right the ship, before docking for good.

There's a DVD that features some of the above, as well as a few cuts off last year's excellent Rise To Glory, which they were actually touring, in support of, at the time. Great hearing the old gems again.