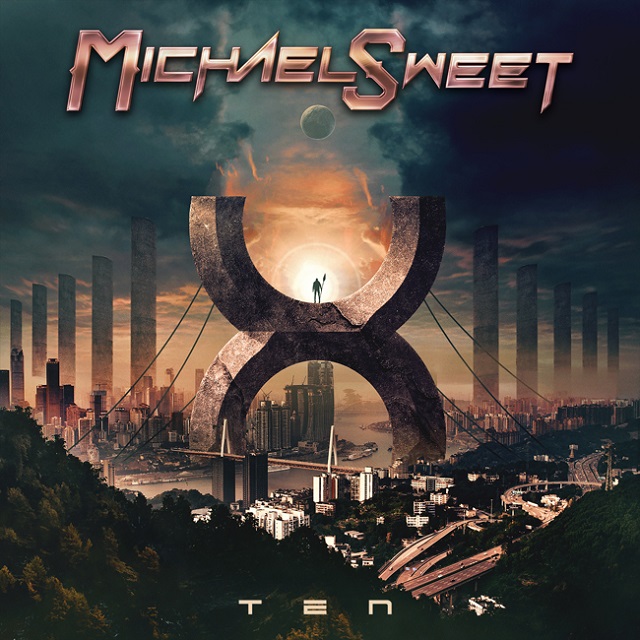 Tenth solo album from the Stryper frontman/guitarist, doing what he does best - singing his ass off, occasionally belting out the screams, celebrating Jesus and all things heavenly. No, this does not sound like a Stryper album, yes, there are some similar sounds and elements (some of the leads, melodies), the charge of "Son Of Man" and duet with Todd La Torre (Queensrÿche), Andy James on guitar. And, oh yes, everyone is killing it on this one. But Sweet’s guitar tone (“Lay It Down”) at times is a little different with his delivery, and approach to the songs.

For example, the solo section on “Better Part of Me” featuring Jeff Loomis (Arch Enemy) is naturally so reminisce of Nevermore. Loomis’ phrasing is so distinct. Or say the lyric video "Shine" featuring Boston native Ethan Brosh on guitar hits hard, simple and to the point with a big chorus. The slower tempo, touch of Extreme-like funk with Michael’s emotive vocal on “Forget, Forgive” featuring guitarist Howie Simon (Stryper tour fill in) expands his palette. Didn’t expect such clean hard rock guitars on “When Love Is Hated” when it’s got Whitesnake gun slinger Joel Hoekstra, but he brings the leads during the solo. Same with Tracii Guns (L.A. Guns) on “Ricochet, it’s underwhelming. Overall, again Michael Sweet shows no lack of ideas, or quality songwriting, balancing between playing within his wheelhouse and branching out a bit.