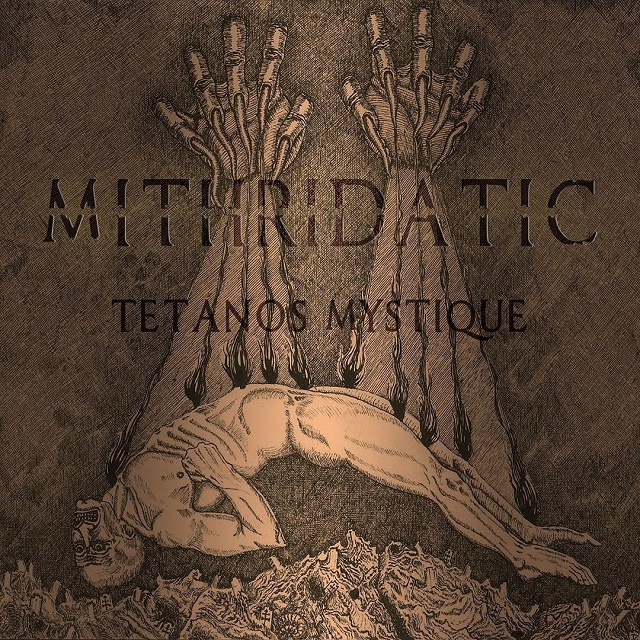 Most certainly the selling point here is freak-of-nature drummer Kevin Paradis, one of the fastest guys in metal, behind the kit for this French death metal band. And, man, you don’t have to dig much deeper than great opener “God’s Blindspot” to start enjoying this one, the band alternating from jittery, Human Remains-y tech death to a huge, slamming sludge, to a shocking, almost Pantera (okay, fine, Despised Icon at their meatheadiest) lockstep groove. But then second cut “The Dead Mountain Of Life” just blasts and grinds, those spoken parts again bringing a bit of Anselmo to the proceedings, but the music a sort of Immolation-lite when they’re getting low and slow (see also the great “Toothless Bite”), and when things get more frantic, as on the excellent “Le Sevrage”, the band rides this energetic middle ground between Origin, the aforementioned Despised Icon, and classic Morbid Angel.

It works, and there’s a certain conciseness to the presentation as well as a clear production that’s not afraid of the treble that helps make it all palatable. And, yes, Paradis is incredible (the title track features what he claims is one of his most technical blast beats ever) but the level of drumming in extreme metal is so over the top now that it’s no longer much of a freak show to listen to him, his parts supporting the music, not overshadowing it, which is impressive in its own right.