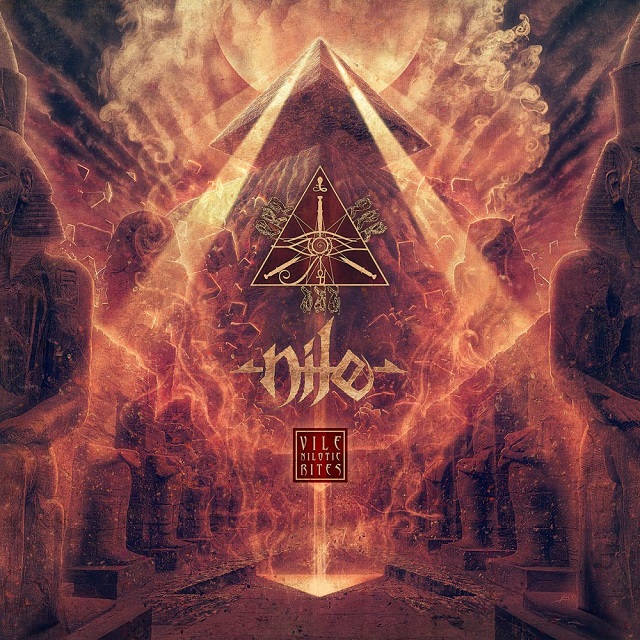 For their ninth full-length, death metal lifers Nile have embraced the same brisk, energetic vibe that much of their Nuclear Blast era has had, making Vile Nilotic Rites another example of how this band can invigorate when they want to. They can also suffocate when they desire (hello, Black Seeds Of Vengeance), but here, as on crushing, tech-death opener “Long Shadows Of Dread” and speedy, grinding follow-up “Oxford Handbook Of Savage Genocidal Warfare” (amazing song title), the band gives life through their perfect DM. The title track shows how Nile handles the sludgey tempos better than most bands with this much technical ability, and the epic, almost-nine-minute-long “Seven Horns Of War” has everything we’ve come to love about this band over the years, from the hysterical ascending riffs to the sudden drop to where the slime live.

This is the band’s first record with bassist Brad Parris and guitarist Brian Kingsland (notably, replacing longtime guitarist Dallas Toler-Wade), but nothing feels awkward or like the band members are just getting to know each other here, as everything clicks into place perfectly, be it the DM majesty of “That Which Is Forbidden” or the successful experimentation of “Where Is The Wrathful Sky”. Closing one-two punch of “The Imperishable Stars Are Sickened” and “We Are Cursed” are some of the longest songs here, and they both find the band stretching out, getting comfortable, going low and slow, experimenting a bit with the vocals, just… relaxing. And, man, I like to hear Nile relax once in a while. I’m never disappointed with a Nile album, really; Vile Nilotic Rites is simply the latest in what is becoming a long line of fantastic death metal releases.