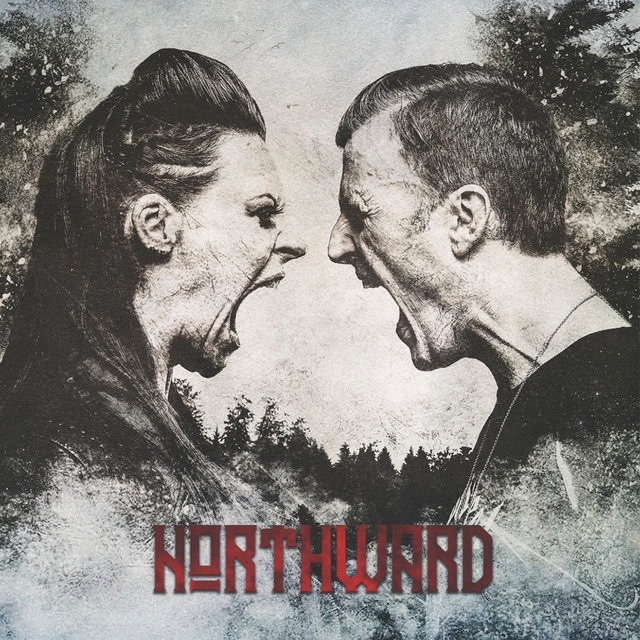 Fact is nobody has been waiting for this album. The brainchild of Nightwish vocalist Floor Jansen and Pagan's Mind guitarist Jørn Viggo Lofstad, rumblings of the project that would become Northward began some 10 years ago and resulted in nothing thanks to Jansen's post-After Forever launch of ReVamp, her bout with burnout, and finally locking down the gig of a lifetime fronting Nightwish. Thus, news that the duo finally got things together to release a big fat rock album didn’t generate much of a buzz prior to the release of their debut single due to the constant buzz surrounding Jansen's day job and Lofstad's membership in a cult favourite prog metal band that has been silent for far too long. But, if you have a mind to take a serious listen to the Northward debut, well, damn.... what a ride.

Lead-off single "While Love Died" is a solid example of what to expect from the record, with Jansen singing her proverbial balls off in big rock fashion and Lofstad serving up equally huge guitar riffs and leads (yeah yeah, the main riff kinda sounds like the Foo Fighters hit "Pretender".... get over it). From there it goes into big grooves ("Get What You Give", "Big Boy"), commercial '80s rock ("Storm In A Glass"), and some truly vicious up-tempo rip-your-face-off shred ("Let Me Out", "I Need"), never letting up even in the quiet moments, and never going to for the predictable Point-A-to-Point-B approach. Therein lies Northward's charm.

If "While Love Died" comes a surprise hearing Jansen and Lofstad in the rock world, the rest of the Northward record will keep you on your toes. Prime examples are the massive belted-out chorus in "Drifting Islands" going in stark contrast to the ballad-esque verses, the acoustic "Paragon" (which, quite frankly, in more convincing than Jansen on any Nightwish ballad), the schizophrenic "Timebomb" serving up elegant vocals, both smooth and meaty guitars along with tempo changes, the funk blues stomp of "Big Boy", the vocal / guitar brawl for dominance of "I Need" (oh. my. gawd.), the closing flow of "Northward" that morphs into an up-tempo Steve Vai-ish outro.... and on and on. The dynamics and arrangements are stellar; never a dull moment indeed.

It should be noted that Jansen cemented her place in Nightwish by proving that she can sing anything from the band's extensive catalogue, which meant taking on the material of two very different previous vocalists (Tarja Turunen and Anette Olzon) as well as delivering goods of her own within the band's symphonic metal context. Northward proves that if you take away all the orchestral smoke and mirrors and leave her to work with only guitars, bass and drums, Jansen can sing her heart out and leave you wanting more of this side of her formidable voice.