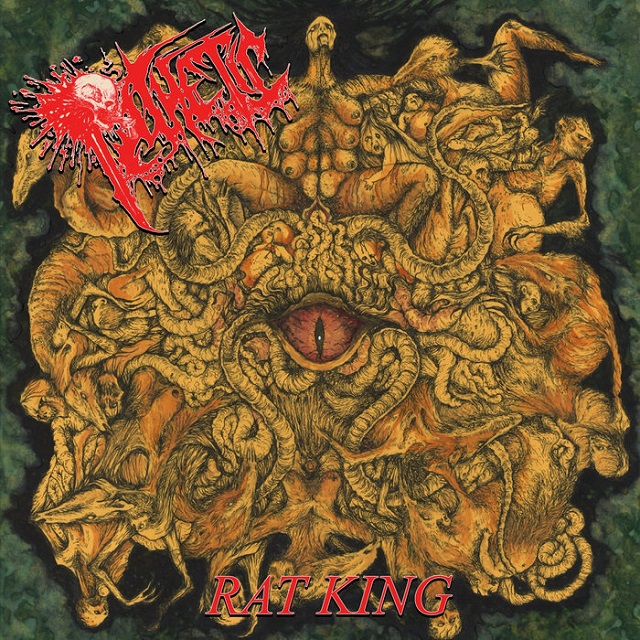 Calgary’s Pathetic have tons of atmosphere here on their debut full-length, the band managing to sound South American bestial, east coast USA cavernous and Western Canadian barbaric all at once throughout these ten tracks. Although the songs do tend to have one monolithic, overwhelming sound to them, upon further digging you find variances, like the black metal and southern metal (!) of the title track, the sudden-glory guitar solo in sludgey opener “Natural Born Losers”, the almost d-beat squat-punk attitude of “Shetani”, the Abscess punk of “Slob”.

I could definitely have done with this 55-minute album being a solid 15 minutes shorter, and juvenile song titles like “Defecating Upon The Grave Of The Grand Wizard” and silly samples really sell this band short. Still, this is a really good debut from Pathetic, who capture a great vibe here. Hopefully they can make the overall package a bit more concise and ready to sit at the grown-up table with leaders like Incantation and Krisiun next time around. They’re just about there, as the epic triumphant-guitar closing to last song “Empty Threat” proves; it also proves, importantly, that Pathetic is going to be bringing something new to the spelunking adventures that lay ahead.