PRIMORDIAL - Exile Amongst The Ruins 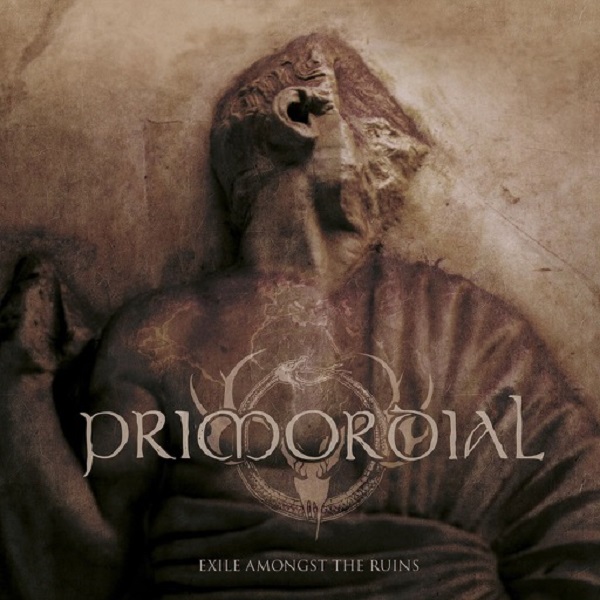 Primordial have made their international reputation as leaders of the black/folk movement through three factors. The first is their ability to manufacture tracks that build to magnificent crescendos.  Secondly, the inclusion of Irish folk melodies that gives them a unique sound. Lastly, A.A. Nemtheanga's vocals and lyricism are some of the most emotive and harrowing in all of metaldom. The meshing of the three strengths determines the value of any given Primordial release, of which To The Nameless Dead and The Gathering Wilderness remain the band's finest.

Things start off strongly on Exile Amongst The Ruins with “Nail Their Tongues”, “To Hell Or The Hangman” and “Where Lie The Gods” playing to Primordial's potency. All three tracks draw the listener in willingly over the opening 25 minutes, satisfying both a headbanger's musical needs, as well as imparting fascinating stories. Unfortunately, the pace and quality of the Irish unit's latest release doesn't quite hold up the rest of the way. While the subsequent three tracks include some quality sections, there are just too many shoe-gazing interludes that go on for extended periods, as well as tempos remaining subdued for too long, causing interest to wane.

In fact, if they had jettisoned the middle three tracks making it a more compact five song, forty-minute set, this would be yet another strong Primordial album. Instead, we are left with an inconsistent one ... though it is still worth your attention, especially if you do some song editing.