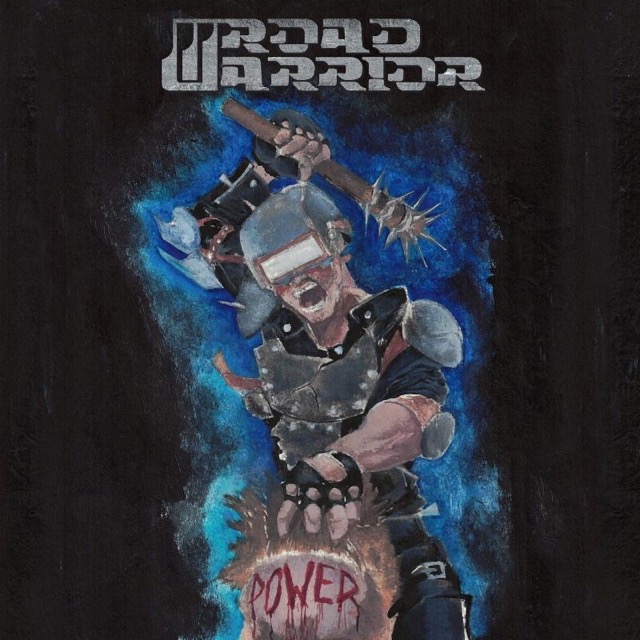 Ball-busting traditional heavy metal. This is Australia’s Road Warrior to a tee. From the allusions to the popular movie starring Mel Gibson with the violent cover art; it fits perfectly for the mid-‘80s motif Road Warrior carries. Not giving a damn about political correctness (just check out “Back Alley Tokyo Woman” and “Tease n’ Torture”) and playing with a more polished gleam then their name would indicate, Power recalls some of the greats of the day such as Riot, Savatage, Omen, and early-Iron Maiden.

Just listen to the rhythms of second track “On Iron Wings” – it’s like a cut straight off of Maiden’s Killers, punky but done with an heir of grace to it. Bassist / vocalist Denny “Denimal” Blake carries himself in a similar manner to Manowar’s Eric Adams, like a commander rallying the metal troops and oozes character. He’s definitely not the cookie cutter trad metal guy. This dude has charisma and I got to think he would bring a smile to any listener’s face. The stomping “Devils In Waiting” is the perfect example of this guy’s prowess.

Then just when you think you have these Aussies figured out, they throw out this stop and start beat to introduce “I Am The Hunger” and it reminds of the greatness of Rush’s “YYZ”. Truly impressive stuff! Then the boys don’t care about ruffling any feathers with the aforementioned tracks “Tease n’ Torture” and “Back Alley Tokyo Woman”. When ya got lyrics like “Face down slave girl, hail the sire”, you know you have an album perfect for 1987.

Eight tracks and 35 minutes long, Power stays long enough to leave you satisfied, yet keeps you wanting more. This is engaging and entertaining trad metal and would leave to see where these guys go in the future. Be sure to check this one out!