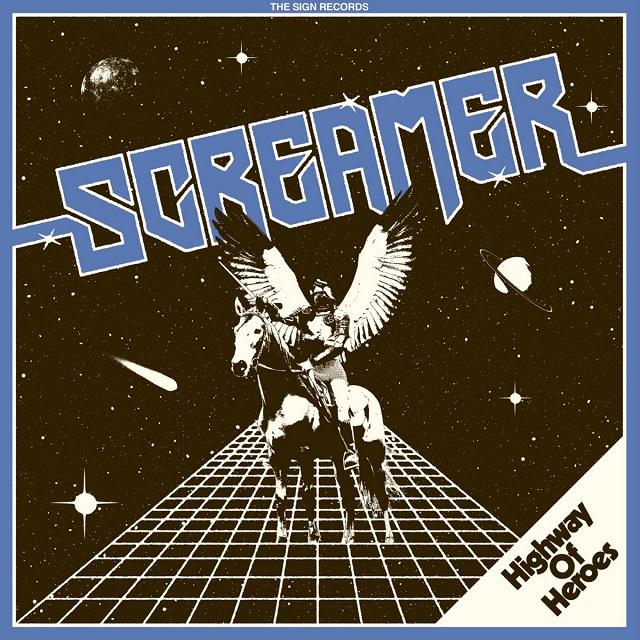 On their fourth full-length, the traditional metal minded Swedish hard rockers have hit their stride. Another worthy addition to the mountain of NWOTHM bands that struggle to find their way onto festival rosters and only seem to garner praise on the Internet. While Andreas Wikström opts for a rather high register on “Ride On”, it's the fist pumping, infectious “Shadow Hunter” where the whole band excels.; the singer offering a more natural timbre, backed by catchy, twin guitar harmonies, punctuated by the lone, final scream. Easy to sing along, to boot. Candidate for metal song of the year, if there were such a thing. Believe this was the type of album Enforcer were trying for with Zenith, polishing up traditional metal, giving it an accessible edge, without losing street cred. Screamer have accomplished this, in spades!

Apart from subject matter, “Rider Of Death” could be on rock radio. There's a hint of trilling Paul Stanley (before he lost his voice) on the title track (thought so, even hearing it for the first time, in the live setting), more so the superior “Caught In Lies” closer. If there's a challenger to “Shadow Hunter”, it's the rollicking, aforementioned titular cut, with nearly a cappella vox, in the forefront. Old school metal is the name of the game on “Out Of The Dark” and “Towers Of Babylon”. Really not a bad one in the bunch. Now how about some more US festival appearances (played Frost & Fire in '18)?