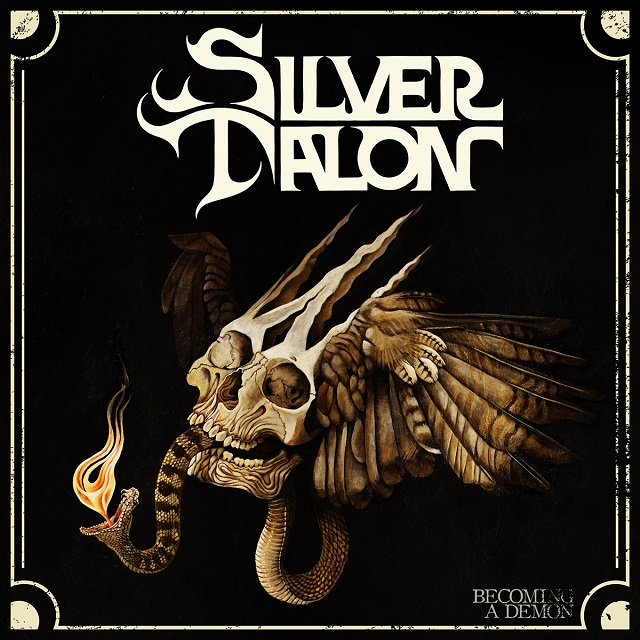 4/5 of now defunct Prosthetic recording artists Spellcaster recast themselves as Silver Talon, with new singer. This marks their initial foray: intro/outro, five originals and a cover of Sanctuary's "Battle Angels", with Jeff Loomis (Arch Enemy/ex-Nevermore) guesting on guitar. Both the vocal timbre and overall sound are heavier than Spellcaster, but not without the strong melodies and trademark guitar interplay. Wyatt Howell (ex-Sanctifyre) recalls the Mexican Dio, James Rivera, minus any shrieking highs.

Modern punch on "Devil Machine", but never belying traditional metal roots. Slightly more epic in scope, the signature tune has all the dynamic changes that appeal to lovers of Teutonic metal and sweeping solos, to boot. Another winner! Nice baroque start (on speedy guitars) to "Speed Of The Night". "Cold Embrace" is a strong one too, plenty of guitar wank. Only "Warrior's End" fails to hit the bullseye. Any version of "Battle Angels" will be judged on the helium induced high notes, versus the original. Howell's thumping rendition wisely attempts neither the frequency, nor severity, of Warrel Dane's Heaven piercing/vocal cord shredding. Quality all around, will be interested to hear more from the Cast-offs.