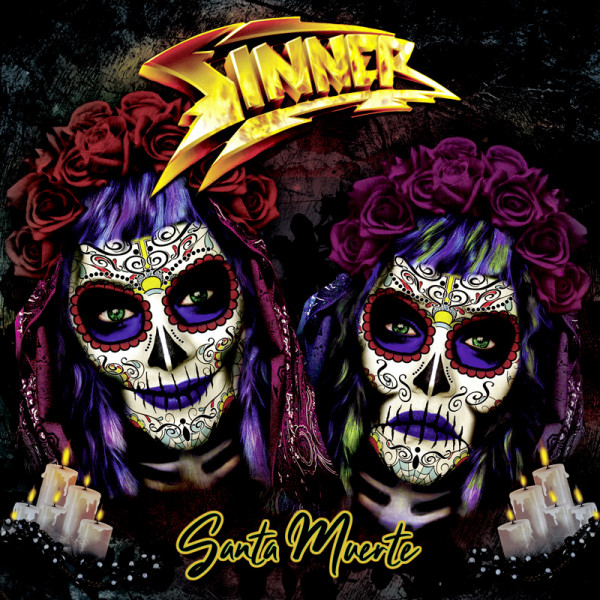 WARNING: This is not your parents' Sinner! That doesn't mean it's bad, just different. If you haven't heard, Mat Sinner (Primal Fear/Voodoo Circle) added a female voice to his “surname” outfit. While I expected Giorgia Colleluor to sing alongside the bassist, in fact, there's a few tracks where she is the lone singer.

Witness the opening “Shine On”, an otherwise clickety-clack slice of Teutonic metal. Placing it in the first slot announces Sinner's (man and band) intentions, right from the get-go. Next up is rather short (2:59) “Fiesta Y Copas”, featuring the first of two guest vocalists. In this case, it's Ronnie Romero (Rainbow/ex-Lords Of Black), alongside Mat, although Romero handles the Spanish lyrics solo. There's also a appearance by Ricky Warwick (Black Star Riders/ex-The Almighty) on “What Went Wrong”. It's the fourth tune, “Last Exit Hell” before the new singer and old truly inhabit the same song, trading verses and doing the choruses together. F-bomb prominent “Lucky 13” is basically the province of Colleluor. She's the solo voice on “Death Letter” old blues number, popularized by The White Stripes. Mat handles Craving, by his lonesome, but the two are together again, for “The Wolf”, although Giorgia is showcased on the verses and Sinner only joins in, come the chorus. Another spotlight for Colleluor, the mid-tempo, bluesy “Misty Mountain” sees her voice double tracked and, at times, aggressively shouting. There's a Thin Lizzy/”Over The Hills (and Far Away)” quality to Celtic tinged “The Ballad Of Jack”, employing both vocals, but female in the lead. Ditto the closing “Stormy Night”.

After 35 years of carrying the weight on one's own shoulders, can understand Mats' infatuation with “a partner”, especially in this era of high profile, female fronted outfits, but feel integration of the experiment was a little hurried, here.