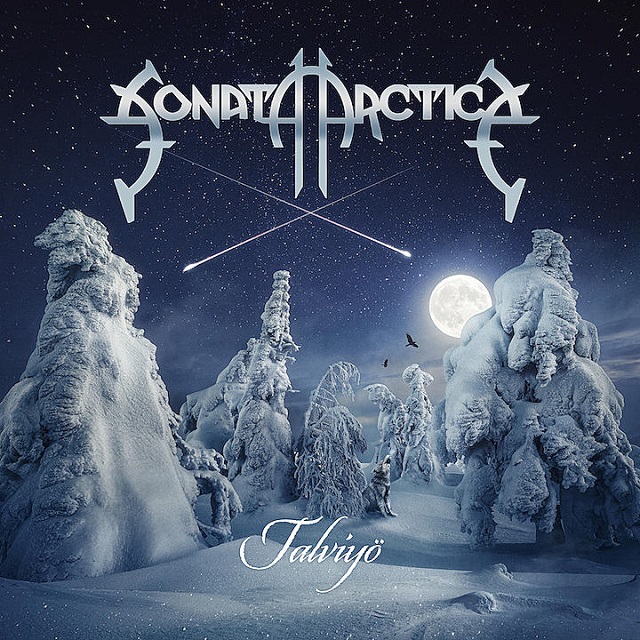 Ah, Sonata Arctica, you always know how to keep listeners guessing. The Finnish power metallers, though it’s hard to classify them as power metal any more, have returned with their 10th album. Talviyö, Finnish for “Winter Night”, is accompanied by tremendous artwork and is their most diverse and haphazard of an album since 2006’s Unia. Now to those disillusioned fans who haven’t enjoyed much since Reckoning Night, you are not going to enjoy this either.

The seesaw of musical variance on this record is jarring and will take multiple listens to understand. Funnily enough, Talviyö opens with the best one-two punch of tracks since The Days Of Grays, which was 10 years ago! “Message From The Sun” is a jovial, melodic power metal masterpiece and follow-up track “Whirlwind” goes through the emotions of a failed relationship with pumping rhythms and grand chorus. This is classic Sonata Arctica right here, but holy moly do events turn after these two.

The nine tracks after those first two range from mid-tempo pop rock traits to strange synth-based atmospheric tones, whacky musical curveballs, and a splendid, upbeat folksy instrumental (the strangely titled “Ismo’s Got Good Reactors”). The two singles, “Cold” and “A Little Less Understanding”, as well as “Who Failed The Most” feature more of the pop/hard rock characteristics vocalist Tony Kakko has been inundating listeners with the past few albums, but they also exemplify the unfortunate weak guitar sound by Elias Viljanen. The guy is a talented guitar player, but for whatever reason the guitars sound weak and are lacking bite.

Trudging through the snow, Tony’s songwriting refuses to leave the mid-tempo ground as tracks like “Storm The Armada” and “Demon’s Cage” (titles which leave an impression they’ll be power metal romps) are dark and gloomy progressive journeys backed by vocal triumphs from Kakko, while “The Last Of The Lambs” and “The Garden” top as two of the most boring songs he’s ever written. The former is a synth backed track that never takes off and the latter is atmospheric and airy, but musically goes nowhere, which is very unfortunate because going by the lyrics it seems very personal to Tony as he’s singing about his appreciation for the family he has made with his wife. While trying to comprehend the musical direction of this winter night, second last track “The Raven Still Flies With You” is one I’m still confounded by. Going through so many musical twists and turns, it’s a headscratcher and so weird that I’m still trying to figure out if I like it or not!

On this Talviyö, Sonata has provided many musically interesting moments, but the lack of the up-tempo tracks and magical melodies that make the Fins one of the best are missing. With that being said, there are certainly some winners in this hardened snow, but overall Talviyö may leave listeners feeling cold.